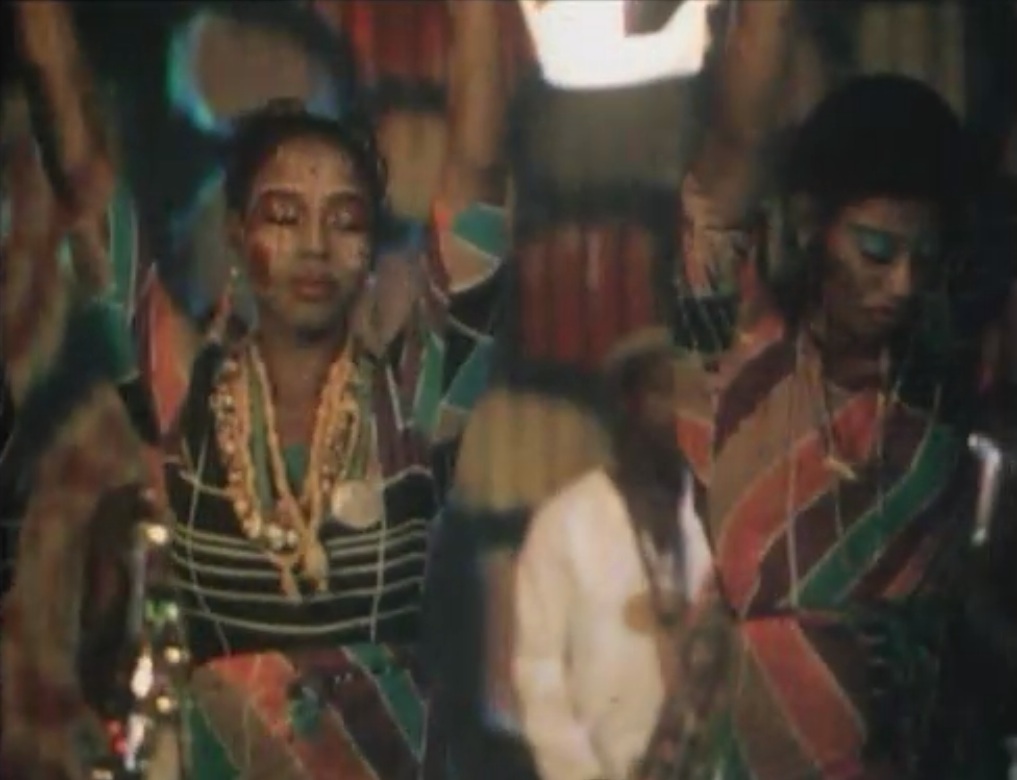 This post is in remembrance of the legendary Fela Anikulapo-Kuti, deceased on this day in 1997. May his soul continue to rest in peace.

It’s my birthday tomorrow and through some admittedly self-indulgent birthday-related search on Google I stumbled upon a site where you can order the soundtrack of your life.
Their song suggestions were not apt for me but it made me consider which songs I would put on the soundtrack of my life. One song that would headline such an album would be Lady by Fela as it’s a song that has accompanied both my childhood and adulthood.

I’m not alone. Lady has been the cause of joy, dance and debate for many. Although there isn’t as much analysis of the song as I think it deserves, writers like Mercy Oduyoye and Michael Veal have tackled it. Last year OkayAfrica reported that Tuneyards, Angelique Kidjo, Akua Naru and Questlove  set out “reclaiming “Lady” for modern African women” in this remix. Most discussions have pondered whether Lady was misogynist or feminist without reaching a consensus.

Here’s what I think.

First, we need to understand the kind of society that Lady was released to.
Lady came out in 1972 on the Shakara LP, twelve years after Nigeria had gained independence from the British and two years after the end of the Nigerian civil war. 1972 was also the year that revenue from oil sales boosted Nigeria’s economy to such an extent that people’s salaries were in many cases doubled. The “Udoji Award”, as the unprecedented wage increase event was dubbed, was not without complications but I mention it here to demonstrate the celebratory mood that Nigeria found itself in.
It seems fair to assume from the lyrics that during this time of change, a parallel discussion about African women becoming westernised was taking place. When Fela sings, “African woman go dance she go dance the fire dance – She know im man na Master – She go cook for am – She go do anything he say – But Lady no be so”, he is implying that westernised African women are disrupting gender harmony in contrast to the “pre-lady” African woman who knows her place in society.
In  this sense the song is a condemnation of women’s liberation from patriarchal, servile roles.

On the other hand, despite its display of male-dominant attitudes, it is also a song that demonstrates African women’s power to self-define. There is even a sense of affection and pride towards the lady’s display of power when Fela says “I wan tell you bout lady [..] Hmm, I neva tell you finish”. It may or may not have been Fela’s intention to demonstrate the no-nonsense attitude many Nigerian women flaunt upon a man who tries to subjugate her, but in the very line “She go say I be lady o”, this matter-of-fact self-determination is represented. Furthermore, by rejecting the idea of the emancipated, liberated lady, Fela was inadvertently opposing Western cultural dominance.

There are nevertheless three problems here.

Firstly, the song contradicts Fela’s own life and the women in it. After all, Fela was the son of Funmilayo Anikulapo-Kuti, an unapologetically modern and traditional women’s right’s activist. Also Sandra Izsadore, progressive and modern, whom I interviewed last year, was one of the most important women in Fela’s life.

The second problem is that both the African woman and the lady in the song are mere symbols of essentialist cultural wars between western and African men. In actuality, they are one and the same as implied by the line, “If you call am woman, African woman no go gree, she go say I be lady o“.

Fela of course knew this. In one interview he said,

In the spirit world, women are Aje [normally interpreted as “witch”]. The Aje whose physical manifestation could be womanhood is a spirit being with potentially positive and/or negative energies. As in the drama of life, the conflict that propels this force is both negative and positive…. The Aje rules us, rules the world, even when men assume that they have the edge. My mother is Aje, and so are all our sisters and wives.

Yet in another, he said,

Apart from being a phenomenal song, and despite – or perhaps because of – its problematic stance, ultimately I find Lady is an African feminist anthem thanks to its depiction of African women’s self determination. As a commentary on gender and the intersections of ethnicity, modernity, class and tradition, Lady tackles some of the key issues in African feminist thought and is a valuable contribution to gender politics in post-colonial Africa. Most of all, Fela’s lyrics, if unintentionally, reveal the narrow space between pan-Africanism and feminism in which African women determinedly find our revolution. To quote the Black president, “Lady na master”!

What do you think? Leave a comment with your thoughts.