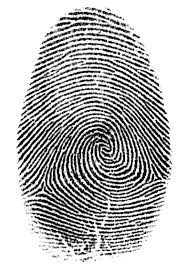 Nevertheless, having contributed to the New York Forum Africa last weekend, as I later sat on the beach in Libreville looking out at the Atlantic Ocean, the first thought that came to mind was that the Nigerian coast is North-West of my view and so I became nostalgic and missed my hometown.

What does it mean to be a Nigerian and a woman? I thought. I compared myself to Nigerian men; to my father, my boyfriend, wondering if they feel Nigerian in a different way? Unlike theirs, my heritage is also Finnish, but is my Nigerianness also changed by my gender? Or do Virginia Woolf’s words only apply to European women and/or to a bygone era? After all while European nations were largely formed by men for men, nation-building in Africa is marked by the struggle for independence, which African women – and particularly those in Mozambique, Angola, Kenya, Guinea-Bissau and Algeria – joined alongside men.
Is nationalism then not quite different for African women?

Unfortunately not. African women may have countries insofar that we are entitled to citizenship status and via our ethnic origins and cultural belongings such as language, religion and traditions. However, when it comes to a fundamental pillar of citizenship, the legal rights or the constitution, women’s roles in the independence struggle did not guarantee our place within the nation. We are second class citizens. We have distinct laws when it comes to land entitlement, divorce, military participation and so on. Also, if you conduct yourself differently from the collective imagination of shared national culture your citizenship is questioned. (And who wants that?) Our female cultural “contracts” are ascertained by statements such as;

“Why don’t you cook? Don’t you know that a Nigerian woman must know how to feed her husband?”

“A Nigerian woman must not be too outspoken!”

“Nigerian women are feminist in a different way o!”

“As a Nigerian woman, I believe that my husband is the head and I am the neck of the family.”

Men also have cultural codes to adhere to but unlike women, they are not to do with any biological condition. Male citizenship is not linked to what the male body does or does not do. A man is equally Nigerian, for instance, if he has children out of wedlock, or, if lo and behold, he does not pound yams in the spirit of conjugality. 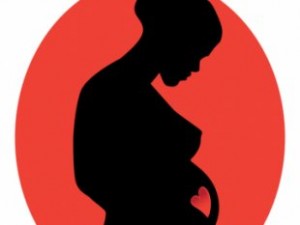 On the other hand, our nations also protect women from the inequalities that they in the first place create. By weaving women’s rights into the agenda, in a hypocritical way, African nation states are pretending to be progressive modern projects that respect women.
Here’s a letter from the Nigerian Catholic Bishops’ Conference of Nigeria to David Mark, the Senate President, requesting that the state does not adopt the Maputo Protocol, the legal document for women’s rights in Africa, because although it otherwise is a “very good document, meant to protect the rights of women in Africa”, it also lures Nigerians into “making laws that are not good for our people.”
The laws in question have in fact not been subject to a national debate where Nigerian women are given a chance to determine whether they are good for them or not. Nevertheless, the bishop stakeholders are requesting, no, “demanding”, a complete rejection of what they refer to as the “obnoxious” 14th paragraph, “Health and Reproductive Rights”.

Whether or not abortion or the contraceptive pill should be legal is not the point here, but rather I’m using the example to observe how women’s rights and the nation can be in conflict.

Nevertheless, despite the tense relationship between African women and the nation, I felt at peace on the beach in Libreville not only because of the surrounding beauty but also because I was nearer to the country that I call mine, first or second class citizenship notwithstanding.

Question: Why do you think so many of our Africanist political scientists, historians, writers etc. have declined to analyse the nation state from a gendered angle?