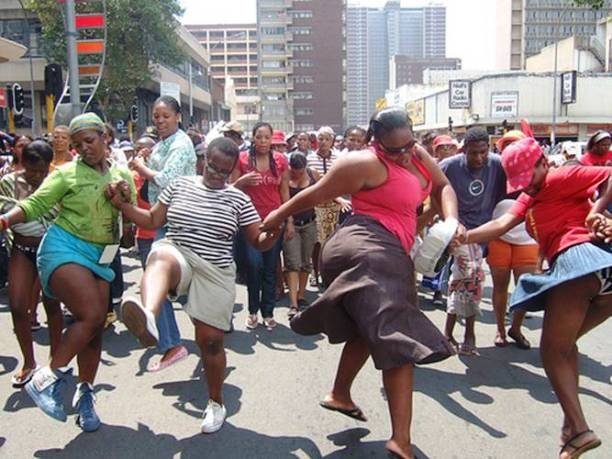 If the government passes a proposal that bans miniskirts, Uganda may soon join the list of countries to restrict women from making independent choices about what they wear. If the bill, which has been proposed by (insert drumroll) the minister of ethics, Simon Lokodo, is passed, women who fail to abide may be sentenced to a fifteen year jail term.

Lokodo himself believes that “Women should support me here, because it is in their favour that I’m doing this.”
Oh, really? Surely, if exposing parts of a woman’s body tempts a man to sexual pleasure to the point that he must rape and assault her (as is Lokodo’s argument), then the problem of an ethics minister should be how to “ban” male brains from being wired that way.The truth of the matter is that the proposal is nothing other than an indication of how incredulously intimidating women’s sexual independence is to men like Lokodo.

However, this is also why the proposal is good news. If there is no counteraction to women’s independence, it means that women are not demanding equality as determinedly as they ought to be. Here’s the formula: The more women demand sexual independence, the bigger the backlash against them. This is a global fact. It is therefore no surprise that in Uganda, a country where the feminist movement has an impressive record on demanding equality, there is antagonism towards a sartorial item that is traditionally linked with sexual liberation.

As long as Ugandan feminists continue to push for their rights – sexual, political and cultural, we can expect a situation where even more structural sexism is exposed as well as even more whining coming from those that are adamant to uphold it.

The Ugandan state is far from alone in attempts to prevent miniskirts from appearing on women’s bodies. In 2012, young men wandered the streets of Lusaka in Zambia attacking women wearing mini-skirts. When physically lowering their hemlines was not enough, women were brutally violated; one woman was found dead with both hands tied behind her using her mini-skirt. Last year, women in Johannesburg protested against increasing numbers of assaults on women wearing mini-skirts.  In Ghana, a derogatory term that entered local parlance through a Hip-Life song in 2003 – Apuskeleke – has changed from describing young women associated with “Sugar Daddies” to young women who wear mini skirts. In fact across the world, from South Korea to Mexico to Italy, women’s bared legs are seen as the demise of morality and traditional femininity. Go figure.

What links all “anti-miniskirt campaigns” is that they are deeply rooted in Victorian values and have nothing to do with protecting women.