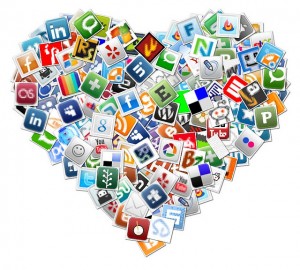 Are you connected with MsAfropolitan on Facebook? It’s where I share great links, resources and discussions in addition to posts from the blog.

For instance, I recently posted Mamphela Ramphele’s inauguration speech for the landmark political party Agang in South Africa, and news about bell hooks winning the 2013 Black Caucus of the American Library Association’s Best Poetry Award for her collection Appalachian Elegy (which I can’t stop recommending), and a passionate clip where Thandie Newton says (among other things) that, “It’s really bizarre that violence against women is not a number one priority in the world when it’s a kind of species suicide”.

Apart from links about African affairs, feminism, society and popular culture if you follow me on Twitter, I’ve recently also joined Instagram and Pinterest, where I pin about African feminism, poetry and much more to come. I’d also love to connect with you on Tumblr and LinkedIn.

I’ll be speaking about African feminism at Goldsmith’s University on Friday, on International Women’s Day, and I’ll also be a mentor at the launch of WOW – Women of the World this week at the Southbank Centre. I’m excited to be a guest lecturer at the University of Westminster later this month. My module will be about blogging, social media and minorities. In April (6th), I’m a speaker at the African Diaspora Women’s Event, hosted by FORWARD UK and I hope to catch some Swedish readers at Liljevalch’s Museum in Stockholm where I’ll be speaking about images of African women. Later in April, I will be in Lagos to host a workshop on African feminist perspectives.

More information on the above events to follow both here on the blog and on the above networks. Hope to see you around!

For writing, speaking or teaching/workshop requests please visit my bio or resume. Or contact me.