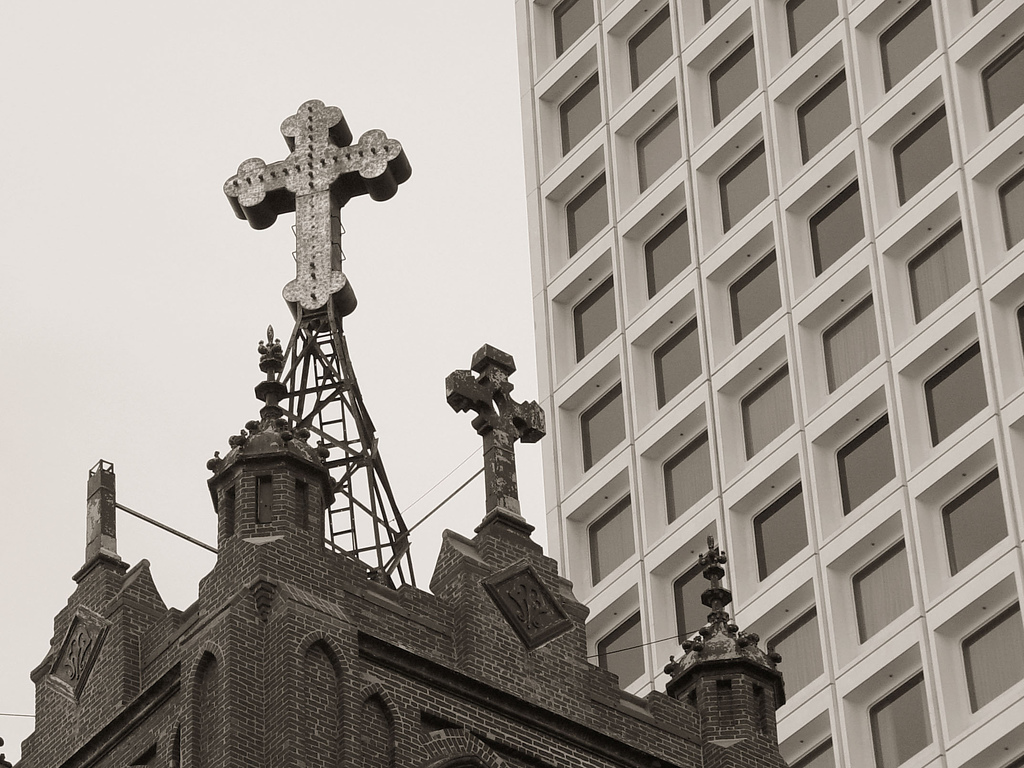 Two things are growing faster in Africa than anywhere else – religion and the economy.

Africa is the most devout continent in the world with 89 percent of participants in a 2012 WIN Gallup survey saying that they were religious, compared to 59 percent in the world at large. In Ghana, the country with the highest number of religious people in the world the total was 96 percent, with Nigeria following closely at 93 percent.

Simultaneously, African economies are growing at unprecedented rates and although fragmented, modernisation across Africa is experiencing a boost. Foreign investors are pumping African economies and international retailers and factories are setting up on the continent: Guinness, Zara, Smirnoff, Nestlé, Wal-Mart and many more. The mobile phone industry has exploded and it is pushing innovation in technology. Wired Magazine reports that “Africa’s hackers are today’s world class innovators” and according to an article (Britain’s Surprise Shopaholics: Nigerians) in Bloomberg Businessweek, Nigerian shoppers are the fourth-biggest contributors to overseas tax-free shopping in the UK (behind only China, Russia, and the Middle East).

The combination of economic growth and modernization on one hand and the rise of religion on the other is a uniquely complex nuance of African existence. In most parts of the world, modernisation and economic growth have tended to go hand in hand with secularisation but in African societies the trends suggest otherwise. On one end modernity and technological innovation are growing but so is religious commitment.

Increased religiosity is bad news for gender equality. From FGM to anti-abortion legislation to controlling what women wearto homophobia to accusations of witchcraft, many issues that cause feminist and humanist concern are rooted in religion. Yet, while we we must strive towards a society where miraculous mythology, however spiritual, is independent from decision making bodies, solutions to problems of injustice that have to do with religion must be situated in the reality that religion is important to most Africans.

In other words, truly progressive discussions need to oppose the misuse of religious doctrine to support injustice in African societies without closing space for dialogue with the many variations of religious life.