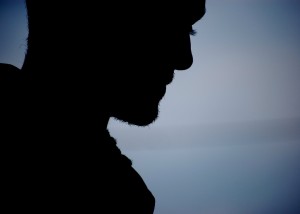 Four things happened on February 14th, 2013, that were strung together in an eerie way. These were the celebration of Valentine’s day, the One Billion Rising protests in over 200 countries around the world, the murder of Reeva Stenkamp by Oscar Pistorius, and, Asteroid 2012 DA14 almost wiping us all out.

You probably agree that there is an absurdity to the first three taking place on the same day, but what does the asteroid have to do with anything?
Well, from my perspective the asteroid fly-by can teach us a lot about how to encourage a more loving society, prevent millions of rapes (there’s one every 17 seconds in some countries), sex trafficking, beatings and murders of women that take place yearly.

To protect humanity from possible future hits by asteroids, we need to understand how we can alter their behaviour. A lot of money and time is being dedicated to this endeavour.
The same should apply to violent men, of which there are very many considering, for instance, that half of all women who die from homicide are killed by their current or former husbands or partners.
To end the epidemic of male violence against women, which individual cases like Steenkamp’s bring to the public eye, we need to understand why violence is such a predominantly male activity and alter this behaviour.

The last century of the women’s liberation movement has had an enormous impact on women’s collective behaviour. From suffrage to the banning of foot binding to the increased sexual and financial independence of women, feminism has – in simplest terms – freed increasing numbers of women from traditional and confining ideas of womanhood such as docility, weakness and submission.
A similar “men’s liberation” is necessary to free men from poisonous gender norms and images of manhood as violent, aggressive and destructive and encourage more compelling ideas of maleness. I’m speaking about ideas of maleness rather than the biological or individual male. Personally, I perceive masculinity alone as something inherently energetic, warm and creative.

Metaphorically speaking, while the manhood “prison” may be one with golden bars in comparison to the prison that womanhood can be, it’s a prison nevertheless. Men are also trapped by social paradigms that limit their behaviour and choices, they’re in a “Man-Box“.

It’s about time to focus on prevention rather than cure and this means that we need to increasingly shift discussions of violence against women from the “women’s issues”-domain to men’s liberation from violent behaviour where it belongs. Hopefully the near future will witness intelligent men driving conversations about ending the disturbing levels of violence by other men rather than the simple-minded views that it is guns, or women themselves, who cause it. Maybe we’ll even see another Million Man March with a focus on liberating men from old and tired views of masculinity.