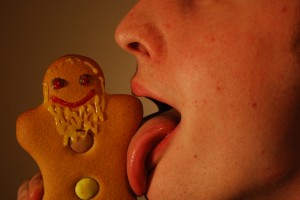 Such preoccupations repeatedly appear in analyses of Africa. Here are, for instance,  1, 2, 3, 4, 5 articles from The Guardian discussing the theme,  1, 2, 3, 4 articles from African Arguments, and from Africa Unchained and TIME to link to just a few.
These ruminations are no novelty, at least since Harold Macmillan declared in his 1960 ‘Wind of Change‘ speech that,

The wind of change is blowing through this continent, and whether we like it or not, this growth of national consciousness is a political fact. We must all accept it as a fact, and our national policies must take account of it.

writers have pondered over the official “status” of the African continent.

Yet, in a similar way that all bakers’ pies do not taste equally delicious, neither do all analyses of African affairs come out of the oven crisp and rounded. Like pie, cooking up Africa’s collective status requires select ingredients. Here are seven, which seriously ought to be included in a recipe for pie, African pie.

1.  Optimism and pessimism. Finely chop in even doses, put into a blender until you achieve a balanced, healthy texture.

2.  When seasoning with ‘aid’ be aware that there are conflicts on how much aid to include, what type, or whether to add any at all. Some bakers think that aid will burn the pie, others are all about aid. Proceed with caution.

3. Diversity. This is possibly the most crucial ingredient in your pie. Paste this reminder near your baking tray – AFRICA IS NOT A COUNTRY.

5. Newsflash: Half of Africa’s citizens are of female gender. Make sure to include some of their views in your pie lest Africa may not “rise”.

6. Globalisation is not a new ingredient to African pie. Nor is it something the rest of the world “does” to Africa. Africans have influenced, lost, benefited and shaped the course of human (global) innovation and modernity to a far greater extent than generally given credit for. Be cautious to cook up a version of Africa that implies that its citizens did not exist before the Internet.

That’s it. Enjoy. there’s nothing like an African pie when made properly. Serve with an animal of your choice. Just make sure it doesn’t risk extinction.

What did I miss?