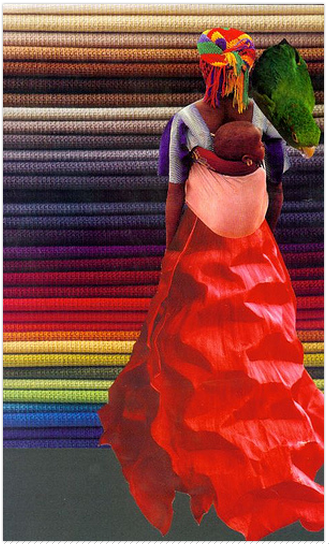 One of the most popular articles in 2012 was “Why women still can’t have it all“, by Anne-Marie Slaughter in The Atlantic. It received the most facebook likes any Atlantic article has ever received and everyone from Michelle Obama to Gloria Steinem weighed in on the matter. Whether or not women can have it all is still one of the most discussed feminist questions of our times.

Personally, my head hurts whenever I think of this question. First of all, because it’s so vague – what the heck does it mean to have it all anyway? Also, does it apply to non-white and/or working class women, who in some ways are viscerally aware from the get-go that “having it all” isn’t an option. Can men have it all? Most of all, on the level that I do understand the question and that it applies to my life, it gives me a headache because it reveals my inner contradictions and unresolved tensions.

Let me demonstrate what I mean.

Here is what I on the one hand think about marriage and motherhood: I don’t want to get married and I don’t want to have children.
This is because marriage comes with too much baggage, too many centuries of the word ‘wife’ meaning things about womanhood that I don’t relate to. Examples: At one point in history marriage was considered the cure for female hysteria in the west. In many precolonial African societies wives were pawns. The more wives a man owned, the more status he had, so men who could not afford to buy wives often kidnapped enslaved women.

Marriage is even worse if you have children because then you are a wife plus a mother. A combination of terms packed with more expectation than a scientific lab room.
And anyway, how would a baby, needy and narcissistic as they are, fare with a woman like me, whose first and only real priority is to write. Chances are it would grow to detest me for being a preoccupied and detached mother, defeating one of the main reasons people have kids in the first place, namely to feel unconditionally loved.

However, on the other hand, when I fall in love I contradict myself shamelessly. I become a woman whom I don’t fully recognise. This side of me, my alter-ego, is unapologetically romantic. She loves babies. She wants to live on a yard in Jamaica, have a beautiful wedding, marital bliss and a baby, or maybe seven?! She fantasizes about her happily- or at least satisfiedly-ever-after future life with her husband – who of course shares wholly the responsibilities of child-raising – from changing diapers to cooking whatever it is that toddlers eat to putting the baby to sleep while I take a break to read yet another Hélène Cixous book instead of the latest bestselling parenting guide.

However, what’s more important to me than being Superwoman is to lead a full life, one in which I own my choices. I am not alone in thinking this way. In the countless blogs and articles that responded to the Atlantic piece, women said that having the option to choose matters the most.

But make no mistake about it – the idea that it’s “simply” about choice is bullshit. Choice spins around societal perceptions of prestige and conformity. To live a full life as a woman is therefore a political choice that needs ruthless, feral protection. Given the same conditions, it’s more difficult for a woman to live a full life than for a man because society is constructed around maleness.

Thus, women need greater willpower to fulfil their visions.
If like me you don’t necessarily want marriage or kids, you need to have the willpower to defend your choice because you will be judged. People will think you’re antisocial, unnatural, bitter or a witch, you name it. If you are a mother, and/or a wife, again you have to defend this choice in myriad ways, within and outside your home and work.

Rather than a full on collision, I see my contradicting selves somehow continuing to zigzag around each other, teaching each other, increasing my creativity even. The me who protects her mind from any confinements of motherhood and wifeliness (since motherhood is about more than babies) is good to have around even when the nurturing, crazy-in-love me is in the front seat, and vice versa. They keep each other in check. They make life complex. As they should.