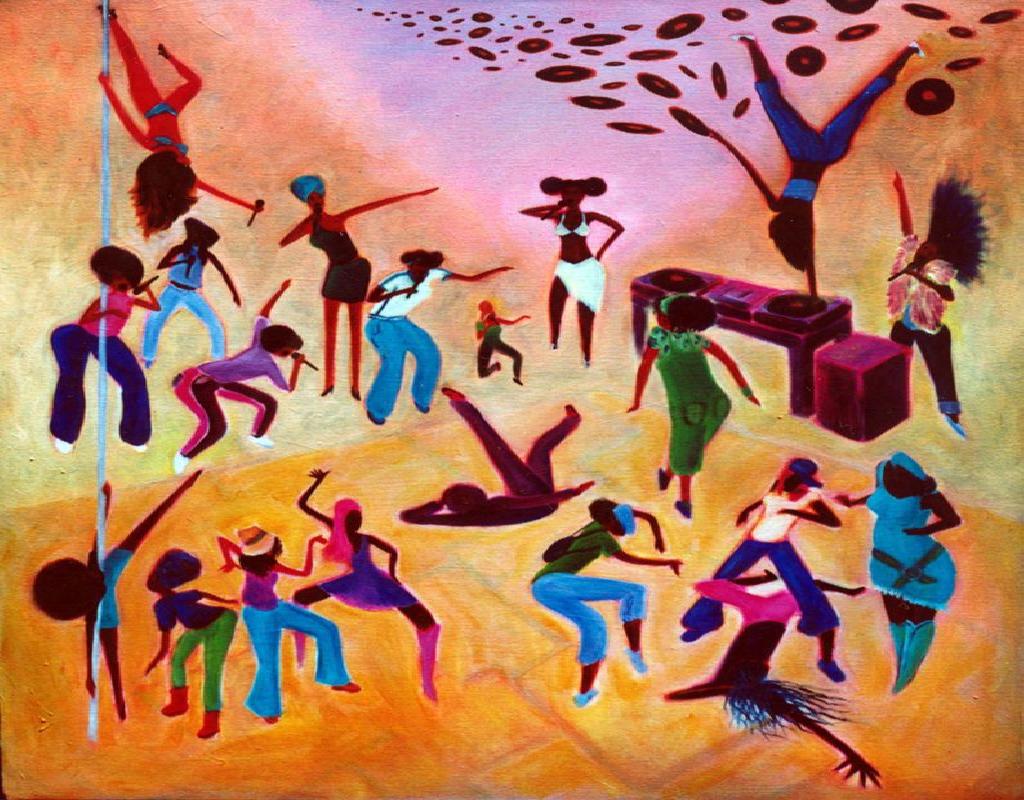 This is the last in a series of posts discussing intersectionality. Read the previous two here and here.

In this clip of The Actors, Denzel Washington speaks about the advice he has given to his daughter. He explains that as a black person, a woman — and a dark-skinned one at that – she is likely to face multiple obstacles as an aspiring actress. It’s not the type of advice a father may want to give his daughter but I respect that he does because unfortunately it reflects our world.

It especially resonated with me as in my personal journey it was first when I realised the restrictions that our world has on me as a woman in a man’s world, a mixed-race person in a racially divisive world, an African in a world that exploits Africa no end, that I was able to relax into my being. I am aware of the oppressive nature of society’s norms and therefore I am able to completely ignore them on a fundamental level and go about being the person that I am.

I chose the painting depicted above, ‘Be Girlz’ by Zeal Harris, for this post because it makes me think of the intense sense of freedom we can have when we learn to define ourselves by ourselves for ourselves. In the face of discrimination, never remain still. We have got to move (dance, jump, stretch, climb) our way under or above or through or around whatever prevents us from flowing.

As discussed in the last post, the idea behind intersectionality is this process of identifying obstacles and it was already a point of conversation for black feminists in the US before the term itself was coined. African feminists were also discussing the multiple jeopardy of being an African woman before then. In 1978, the Senegalese writer Awa Thiam suggested an intersectional view to understanding African womanhood.

The Black woman of Africa suffers a threefold oppression: by virtue of her sex, she is dominated by man in a patriarchal society; by virtue of her class she is at the mercy of capitalist exploitation; by virtue of her race she suffers from the appropriation of her country by colonial or neo-colonial powers. Sexism, racism, class division; three plagues…

Molara Ogundipe-Leslie had also said that African women metaphorically speaking carry “six mountains” on their back; tradition, backwardness to do with colonization, race, patriarchy, the global order and lastly and most importantly, herself.

I think that many of our traditions are killing us. Literally. African women are dying from persecution, sexual violence, genital cutting, witch hunting, widow punishment, the act of giving birth. Traditions are also preventing us from psychologically fulfilling ourselves. Marriage for example is especially a pressure for many African women. The traditional belief that a woman’s destiny is only of value if she attains a husband continues to jeopardise freedom in modern life. I can’t tell you all how many times I’ve been “warned” (however subtly) that I  should not do this or that lest it will be difficult for me to get married. In fact the first question many of my relatives ask me when they haven’t spoken to me in a while  is, “So, when are you getting married?” Women, straight or not, feel obliged to marry men. Once married, all too many women depend on their husbands, legally and financially and psychologically.

When will this end? How will we challenge age-old conservative ideas that are interwoven into tradition? Africa and its citizens – those who inhabit the continent – and those whom life circumstances have either reluctantly or willingly pushed to migrations – find ourselves at an exciting if delicate time of transformation. As new questions about gender emerge, and as traditional values clash with modernity, how will we reinterpret them so that Africa’s nations will cease to rank the lowest on the gender equality index?

This is part III of three blogs about intersectionality.  Read the first post here and the second here