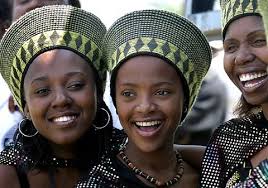 In October 2010, an over three-decade long campaign to implement a protocol for women’s rights in Africa resulted in the declaration of 2010-2020 as the African Women’s Decade (AWD). I’ve written many articles about the AWD and I launched the MsAfropolitan Boutique in honour of it. Yesterday, I attended the 2nd year Anniversary of the African Women’s Decade  hosted by Make Every woman Count and SOAS centre for Gender Studies where we discussed what’s been happening and sadly it isn’t enough.

Looking back on the two years gone, there are some reasons to feel encouraged. Women’s status within public bodies in Africa is growing and women are continuing to break the political glass ceiling in many countries and fighting their way to roles traditionally occupied by men. According to the 2012 data from the Inter- Parliamentary Union, women hold 20.2% of parliamentary seats in Sub-Saharan Africa, which is slightly higher than the world average of 19.5%. Earlier this year, Joyce Banda became the first Malawian woman president, making two female heads of state in Africa and Gambian Fatou Bensouda was elected as the first female International Criminal Court prosecutor. Another big highlight is the  appointment of the first female Chairperson of the AU Commission, Dr Dlamini- Zuma.

Yet despite the triumphs – and there are many more than those listed above – the engagement with the AWD is disappointing on both state and civilian level. Two years on and still only few Africans both in Africa and in the Diaspora are aware of its existence. Many are not aware of the opportunities they could take advantage of as a result of the AWD or how they could contribute to it. Unlike many predecessors, AWD is an African initiative on African terms meaning that the opportunity for contextualized and feasible changes are there to be made.

This is important because of the history of marginalisation. Psychological and cultural marginalization continues to limit women’s opportunities. Women are under-represented in positions of power with those few at the top tackling patriarchal structures and sexist social attitudes. Male violence and discrimination against women is a social epidemic. Accross the continent, many women are denied the right to own property or inherit land. Colonial attitudes and legacies still limit women’s lives. As do injustices of international policies that disfavour Africans. Globalization too often affirms the structures of imperialism which in return strengthens structural links between poverty in Africa and wealth in the West and consequential underdevelopment, which is affecting African women’s lives. Furthermore, many face social exclusion when widowed, there are honour killings, genital cutting and sex trafficking among other issues that are specifically to do with gender.

Rainatou Sow, executive director of Make Every Woman Count (MEWC), a comprehensive online resource packed with information and resources regarding the AWD, says that “The African Women’s Decade is a promise from African governments and the AU to promote women’s rights and achieve gender equality in Africa.” The AWD aims to put women at the centre of every initiative that will be undertaken by African Union member states during the ten years. It is backed by both the AU and the UN, who have adopted a legal instrument to protect women on the continent, namely the African Charter on Human and People’s Rights on the Right of Women in Africa, more commonly known as the Maputo Protocol.

So far, 34 out of 54 African countries have ratified the Maputo Protocol.