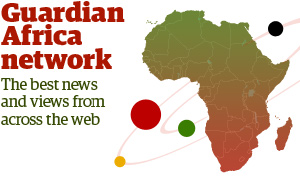 I’m delighted to share that MsAfropolitan is one of the dozen blogs that make up the just launched Guardian Africa Network.

“The Guardian’s new Africa Network will join the debate – around contentious issues such as quality of leadership, the legacy of colonialism, identity politics that pitch women’s and homosexuals’ rights against a form of cultural fundamentalism. What is “Africa” anyway and should it look east, or west, or within?

The network will showcase strong, sometimes conflicting opinions from inside and outside the continent in collaboration with a dozen independent sites. Our partners include solo bloggers such as Rosebell Kagumire in Uganda; Tolu Ogunlesi in Nigeria; and Minna Salami’s Ms Afropolitan. There are also collectives such as the Daily Maverick in South Africa; the women of HerZimbabwe; and the provocative Africa is a Country. Some are from established institutions such as the Royal Africa Society’s African Arguments or media groups such as the Mail & Guardian’s ThoughtLeader and the online magazine Think Africa Press. There’s also the development blog A View from the Cave, voices from the diaspora in Africa on the Blog; and the resource site Africa Portal. Add to this mix the Guardian’s own correspondents and exclusive pieces from regional experts, and we hope you will be informed, engaged, provoked, annoyed and moved.”

Check out the blogs featured in the Guardian Africa Network  and share the exciting news!