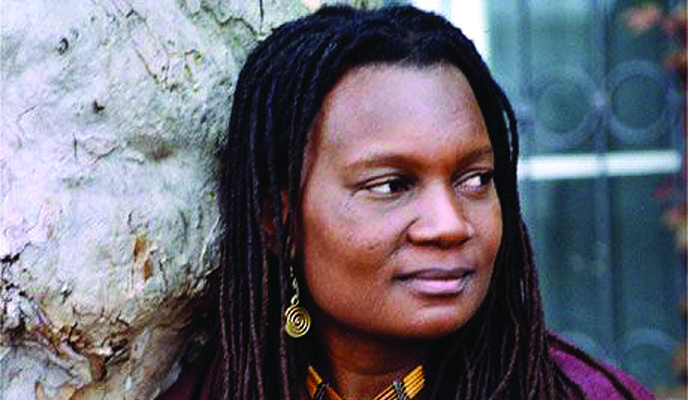 On this day, August 1st twelve years ago, in an in-depth interview with Jane Bryce in Bulawayo, Yvonne Vera noted with the expressive character that marks her work, “I would not write if I weren’t in search of beauty, if I was doing it only to advance a cause. I care deeply about my subjects, but I want to be consumed by figures of beauty, by story and character. It must be about perfection. Like a basket-maker or a weaver or a hair-plaiter, you are aware of what you are trying to accomplish from the first sentence.”

Whilst the full interview is a kind of testimony to the narrative shaman-like writer that Yvonne Vera was, it was those words especially that jumped at me like a familiar dream when I read the interview. They felt familiar because they  were reminiscent of why I  love blogging. Although a Black feminist consciousness may characterize MsAfropolitan, I don’t write to advance a cause. This writing is driven by a passion for the power of stories. In fact the story is the subject. Vera’s metaphoric terms in mind, I saw that this blog is a basket and I’m a basket-maker filling up my basket with a smorgasbord of thought, dialogue and forever shifting fragments of African heritage womanhood.

To those who are yet to come across her work, Yvonne Vera was a Zimbabwean novelist, an African feminist activist and an Arts Director whose life came to a tragic end in 2005 at the young age of forty. She is one of my teachers that I never met, one of the world’s most gifted writers who left a rich legacy of work behind that opens the heart so full of love it simultaneously splashes, jumps, dances. In a lyrical and poetic way her writing dealt with themes such as the effect (or curses) of colonialism, the struggle for freedom, the decolonising of the mind, the rewriting of history and the situations that African women grapple with due to their race and gender. She was an advocate for encouraging women to write despite inhibitions imposed by society and ingrained cultural beliefs even though she also acknowledged that to do so could be an “intense risk”.

I write this post to somewhat gratifyingly imagine what Yvonne Vera might have thought of new developments in women’s writing in the past seven years. How she would have encouraged the annual African Women’s Literary Symposium founded in 2010, or celebrated Chimamanda Ngozi Adichie winning the Orange Prize for Fiction in 2007 and female African writers dominating the shortlist for the Commonwealth Writer’s Prize 2011 with nine out of twelve positions. Furthermore, what would she have made of the successes of an increasing amount of writers whose works often tackle feminist issues, writers like Lola Shoneyin, Dayo Forster, Sefi Atta, Doreen Baingana, Taiye Selasi, Pettina Gappah and Nnedi Okorafor, writers who Vera might have said “have an imagination that is plain stubborn, that can invent new gods and banish ineffectual ones”.
This is, by the way, not to imply that such (stubborn) writers have not always existed. Rather it is from the pool of literary foremothers that the contemporary canon has arisen. Writers like Ama Ata Aidoo, Buchi Emcheta, Mariama Ba and Bessie Head carved out a platform with feminist under- and overtones from where their contemporaries build on as they explore situations of African women.

Whilst it saddens me deeply that Yvonne Vera is not here to witness such new developments and to continue to enrich our world with her courage and insight, I wish to remember her here with joy, as a most precious story in my blog-basket, as the skilful raconteur and confident historian who reflected on Zimbabwe, Africa and humanity with razor-sharp and daring imagination. Vera’s matrilineal storytelling bravely scrutinized the pain inflicted on the African woman’s mind, body and soul by colonial and postcolonial patriarchies but never at the cost of imaginative expression, or the search for beauty.

Have you read any of Yvonne Vera’s stories? If so, do you have any favourites? If not, does she sound like your kind of writer?