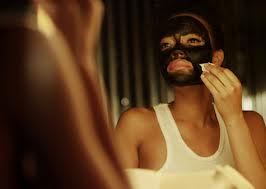 Lupe Fiasco has just released the video for the ‘Bitch Bad’ track off the ‘Food & Liquor 2 ‘ album. The video (embedded below) examines the impact of the word ‘bitch’ in hip hop and how it negatively affects children and society at large. The chorus line is “Bitch bad, woman good, lady better, they misunderstood”.

I’ll start with what the things that are problematic in Lupe Fiasco’s ‘Bitch Bad’ video.

Like many videos by black male artists that aim to explain the prevalence of female exploitation in pop culture, it fails to 1) be nuanced – a woman is not either a bitch or a lady, and 2) address the root problem – patriarchy.
Due to this, the video demonstrates an element of the feminist backlash with the message that a ‘lady’ may sit on a pedestal while a bitch is a non-worthy lesser being.
She is not. This tactic is divisive. As black women we should stand in solidarity with all women who are oppressed by patriarchy and the unrealistic pressures it puts on female behaviour.

When used in this type of context, the word ‘lady’ is as loaded as the word ‘bitch’. Both are making a moral judgement. ‘Lady’ originates from the days of the British empire, it has strong ties to the holiness of the virgin Mary, and to race and class supremacy. It depicts a woman who has “lady-like” noble standards of behaviour, who doesn’t laugh loud, who doesn’t cuss, who doesn’t know shit about politics and society, who doesn’t control her sexuality etc.

What I dig about Lupe Fiasco’s video, however, is that it brings up gender and misogyny  in black popular culture for unquestionable discussion. Also, the references to black face are culturally significant. It shows that the type of behaviour both the girl and boy display are also results of a racialized commodification of black music.

Let’s end with a message from india Arie:

I’m not the average girl from your video

But I learned to love myself unconditionally

Because I am a queen

I’m not the average girl from your video

My worth is not determined by the price of my clothes

No matter what I’m wearing I will always be

–from “Video” by India.Arie

Just be you and be multi-faceted.