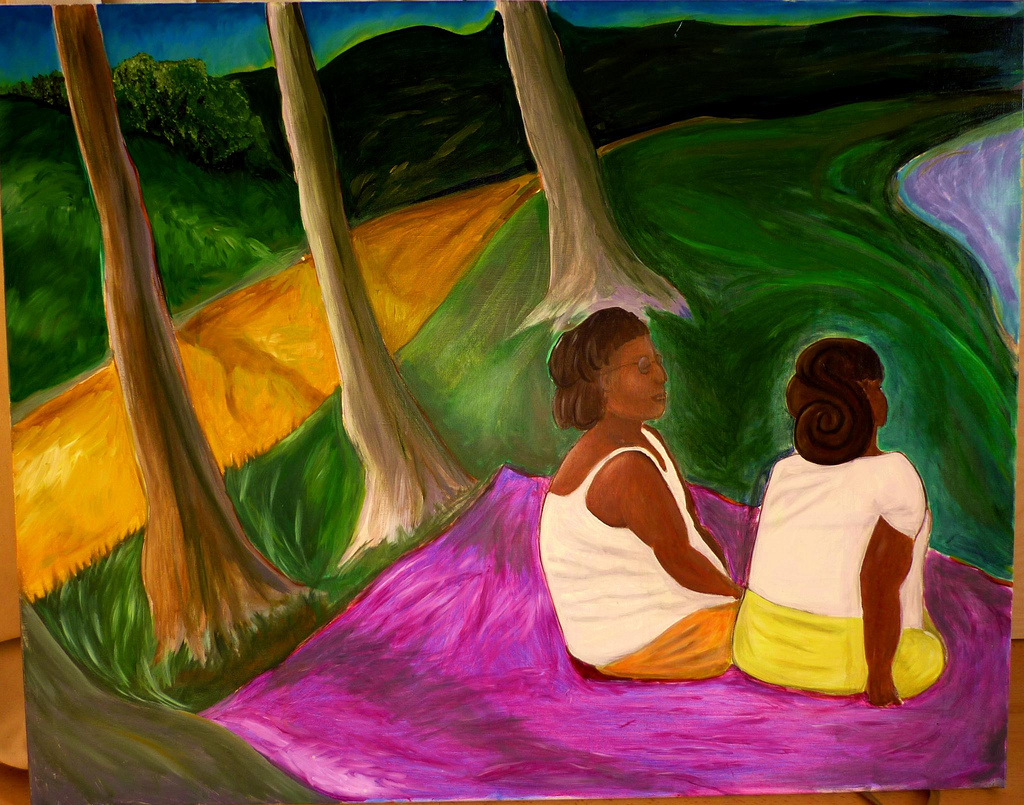 ‘Blackfeminism is not white feminism in blackface‘ – Audre Lorde

As a young girl I could not get my head round the society I lived in, where Nigerian men seemed to have many more privileges than women just for being men, a reality I later discovered applied in different ways to other societies as well. In a sense my feminist consciousness was developing then—in childhood—but it was first in my early 20s that I began to seriously engage with the work of feminists like Susan Faludi, Gloria Steinem, Erica Jong and Simone de Beavouir to name a few. By then I lived in Sweden and these writers were the most available. They taught me a lot about feminism and about liberating the mind from patriarchy, especially in the context of the west, a part of the world that I love, and that shapes me both genetically and culturally. I regard their work highly and dearly.

Yet while their works tackled patriarchy, I began to seek out work of black feminists and especially black African women, women whose thoughts about gender, race, culture, tradition and the continent of my roots resonated with mine. Reading women like Amina Mama, Filomina Chioma-Steady, bell hooks, Buchi Emecheta, Nawal el-Saadawi, Mercy Amba-Odudoye, Toni Cade-Bambara, Angela Davis etc. I felt less lonely in my thoughts, but admittedly also burdened. I knew that life would never be the same. I would become a woman who people falsely considered man-hating. Whom people would wrongly accuse of being influenced by western values. I’d have family members warn me,”No man will marry a woman who is this stubborn”, or a woman who is “too smart for her own good”, and it would indeed be challenging dating as a heterosexual woman in a world where we aren’t conditioned to foster equal loving relationships between men and women and where black men often feel reluctant to examine the one privilege they have of male advantage in an otherwise undermining political structure.

The resistance that I’ve encountered has, however, only strengthened the insight of how necessary it is for us to speak up. To declare that we are comitted to expressing and exposing the oppression of women in African societies. To refuse to live as the perpetual second sex.  To understand the urgency in challenging racial and gendered subjugation in our lives. And to seek the right words with which to express our individual and collective frustrations and to encourage progressive growth.

When I came to African feminist writing, I saw the extent to which our realities were neglected in the work of the white feminists I’d read. I saw that by claiming to speak for all women, many white feminists had rendered non-white women invisible, the worst colour to be politically. It was easy to recognize this making invisibile as I’d encountered it often in scholarly African writing that I’d been studying, writing by African men who unapologetically neglected women and their roles as teachers, fighters, revolutionaries and leaders as they (often otherwise brilliantly) problematized African society, psychology, history….

I began this post with the Audre Lorde quote because it succinctly answers the question, “What is black feminism?”
The same answer goes for African feminism, which indeed could also be called black feminism. The nuance in the terms has to do with an added commitment to gender in African contexts but the terms are often used interchangeably.
I’ll be posting seven of those contexts here tomorrow or the day after or after (pardon my fickleness). Check back in during the week or subscribe to my posts via email or RSS to get the upcoming post “7 key issues in African feminist thought” directly in your inbox/feed.

In the meantime I’d love to hear if you have questions about African feminism, or any particular angles of feminism you’d like m to cover here?