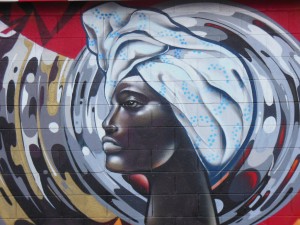 Feminist activism has always been a part of African society and in a radical way.

By radical, I don’t mean the strand of the western feminist movement that very necessarily revolutionized western societies in the 1960s and 1970s, but rather, I mean the mobilized commitment to uprooting patriarchy, imperialism and human injustice to women.

In much of premodern Africa, there were women who possessed economic, political and spiritual power. To name only a few there were warrior women like the Amazons or Fon women of Dahomey. Or royalty who used their powers to demand justice like Makeda of Ethiopia, Nzinga of Angola or Mnkabayi of Zululand.

However, it is also true that women who weren’t lucky to be born into spiritually empowered clans or who weren’t wealthy traders or chiefly women, would face subjugation due to their gender. They would, for example, often be married off at a young age. Contrary to popular belief, monogamy was as common in many African societies as polygamy was. Not by choice necessarily but because only wealthy men could afford several wives. This is an example of how men also are marginalized by patriarchy, and why we must always remember that patriarchy is a system not a person.

Either way, with the exception of lovers who would flee their communities so that they could peacefully live together without intervention, the purchase of several wives was the end goal for many households, wealthy or not. And in this way they contributed to a structure that saw wives as the property of the husband and his lineage.

That is not to say that married life was all that mattered to women, or that polygamy didn’t come with advantages for women, like independent trading, finances and legal rights.
But available records of married life at the time suggest that although a majority of women may have found the marital institution agreeable, or at least not revolted against it, there were those who did. And those women were simultaneously feared, respected and in some historical eras, persecuted. The Atinga cult which spread from what is now Ghana to Nigeria is an example of a group that killed women who were considered social pariahs. The words used to describe these women in many African languages translate into associations with spiritual power, nature and motherhood but when European languages were adopted they became known as witches.

Modern African feminism can be traced back to philosophers and activists of the nineteenth and twentieth centuries such as the Bantu Women’s League in South Africa or the Egyptian Feminist Union, which activist Huda Sharaawi established in the 1920s. Or activists like Funmilayo Ransome-Kuti, Wambui Otieno, Lilian Ngoyi and Margaret Ekpo to name but a few.
During the era of colonial dictatorship, women revolted not only against patriarchy but also against imperialism, which made women even more marginalised.
For example, when the Alake (king) of Egbaland in Nigeria, wanted to impose colonial taxes on women who weren’t otherwise allowed equal representation in society, Funmilayo Anikulapo-Kuti and her activist group, AWU, went to protest singing in Yoruba:
“Alake, for a long time you have used your penis as a mark of authority that you are our husband. Today we shall reverse the order and use our vagina to play the role of husband.” Due to their protests, the king was eventually forced to resign.

The term ‘feminism’ in Africa is obviously an import just like every other English or French or Portuguese term is. However, the feministic concept is not an import in the very slightest. They didn’t always call it feminism (the noun) but there have always been women who were feminist (the adjective).