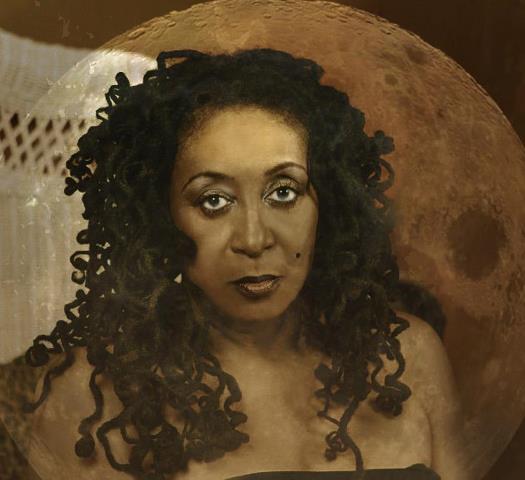 Even in a society were polygamy is practiced, with twenty-seven wives, Fela Anikulapo-Kuti—one of the greatest men to have lived—had unusually many women in his life. But there are two particular women that the Fela story wouldn’t be complete without. His mother, women’s rights champion Funmilayo Anikulapo-Kuti and Sandra Izsadore, his lady, and the woman who influenced and inspired Fela towards his activism, the one who “Africanized” him, as Fela himself said.

Sandra was a woman whose passion for justice and knowledge inspired Fela to learn more and to educate others. As a young woman growing up in a segregated America, Sandra felt it was important for her to be involved in creating change for black people and became involved with the Panther Party and the Nation of Islam. When she and Fela met and fell in love she saw in him a contagious strength and energy, and she engaged him into her political world whilst also learning about his African insights.

When I ask Sandra to share something about Fela that people may not know she tells me that as a true revolutionary, Fela refused to own property. “He relinquished all material things,” she says. “He employed many while he walked this earth and is continuing to do so from the spiritual world.”

I chose, however, not to focus on Fela in my brief interview with Sandra. I wanted to know more about Sandra herself and her thoughts on womanhood, on fashion, on Nigeria…

You have a song on your latest album, “Message to my daughter”. What three qualities would you advise a young woman to nurture in herself?

Firstly, I’d tell her that her body is God’s temple. Secondly, that she should always bring respect to her elders. Lastly, to put God first in all that she does.

You’re very fashionable! What inspires your dress sense and do you think that fashion is linked with revolution?

I think that every woman should emulate her god-given natural beauty and dress in an appropriate manner for her body and age. She should accentuate the best assets that god has given her and flaunt them in a respectable way.  She shouldn’t let Hollywood dictate what is appropriate for her, it’s about making and setting your own style, that is how you start a fashion revolution and embody a progressive message.

With regards to race relations in the world today, have we made progress since the height of the civil right’s movement? What can we do to end racial divides in 2012?

Although we have made massive strides in race relations, there is still a long way to go. Cases like that of Trayvon Martin prove that. His case was all do to with the old guard of profiling and stereotyping people and unfortunately a vast majority of people in the world have still failed to realize that we are all in this boat together.

One of my favourite Fela songs is the one that he wrote for you to sing, “Upside Down“. What was it like recording this legendary song, which I believe was the only one you recorded with him?

Yes you are right, it is the only song I recorded with Fela.  It was great going into the studio in Lagos, we would go in and set up for staying until the job was down. The Queens were there, The Band was there, and anyone in the house who just wanted to be there for the recording party was welcome. It was great.

Your latest album is titled “NIGERIA” and features some celebrated Nigerian artists such as 9ice and actress Dakore Egbuson. You seem to have a deep love for Nigeria, can you explain what the country means in your life? What has it taught you?

Wow I feel like a displaced Nigerian woman. In fact, I am a Nigerian woman that has been trapped since birth on American soil, without knowledge of my history or language. I am Nigerian in my soul. I am the first from my ancestral line to return to Africa, and Nigeria was the country where I first put my foot down.  I have an unconditional love for the country and for Nigerian people,  They have always shown me love and I in return have loved the people, they are very special. That is why someone like Dakore, 9ice and Omotola can show me love as I love them and the country.

I would like to share more than anything else that as black people we need to stop making differences amongst ourselves. I hope I live to see the day where ethnic groups and religion have no place to cause divisions, and we see each other as brothers and sisters. I want to see boundaries crossed with love, respect, honour and value for life where war exists no more.

Thank you Sandra, it has been a huge honour and pleasure to feature you on MsAfropolitan.