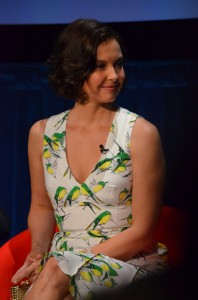 In the unlikely case that you missed actress Ashley Judd’s smashing op-ed piece on media’s misogynist practices, then start by reading it here.

It’s truly a landmark piece in its bringing to the mainstream forefront both the f-word (feminism) and the p-word (patriarchy) and the ways in which the latter impacts relationships not only between the state and women but between women ourselves. Ohh yes, we are every bit as guilty according to Ashley Judd.

I don’t entirely agree with that, and I also missed from the article, a critical engagement with the very real fact that a large amount of celebs are smooth-stitched and botox-pumped up. I guess you can’t have it all!

Another angle that was missing, but which to be fair isn’t Ashley Judd’s prerogative to discuss, was how patriarchy operates outside of Euro-American spaces. So voila, here I am to the rescue with one perspective on this. I doubt it will have an equally wide appeal, mind you 😉

First of all, Judd’s definition of patriarchy:

Patriarchy is not men. Patriarchy is a system in which both women and men participate. It privileges, inter alia, the interests of boys and men over the bodily integrity, autonomy, and dignity of girls and women. It is subtle, insidious, and never more dangerous than when women passionately deny that they themselves are engaging in it. This abnormal obsession with women’s faces and bodies has become so normal that we (I include myself at times—I absolutely fall for it still) have internalized patriarchy almost seamlessly. We are unable at times to identify ourselves as our own denigrating abusers, or as abusing other girls and women.

When you think of this as a person of African heritage, what does it mean? It still applies, right? But there are more points to observe.
First of all, the mind-boggling thing about patriarchy is that it is so enduring. We don’t know of a time in modern history when women of a racial/ethnic group were not disadvantaged vis-a-vis men of the same racial/ethnic group. I make this racial/ethnic distinction because, of course, we know of times (including this current one) when women of differing race and/or class may have social advantages over men of other race and/or class.

Thing is, patriarchy is a sly and devious motha-fucka! It operates in different ways accross times and regions. But the bottom line is that it uses law, tradition, force, ritual, customs, education, language, labour (etc.) to keep women subordinate to men.

It’s telling that, feminism, the tool that women across the world have used in its many different variations to challenge patriarchy, is seen as evil and confrontational and that feminists are believed, falsely, to be women who (if heterosexual) can’t get laid. Although, of course, we are all lesbians because no sane heterosexual woman would call herself a feminist, would she? Sigh.

For the African patriarchy (okay, okay, the system BUT also the men who promote it…), women’s inequality in Africa is often seen as having nothing to do with our precolonial traditions and everything to do with the gender roles legacy of imperialism, colonialism and religion.

Indeed, when we trace the historical origins of patriarchy in Africa, it is true that racism, colonialism and judeo-christian and Islamic religion gave ammo to the gender inequality machinery but that’s not the entire picture. There was an often-symbiotic relationship between colonial officials and African leaders when it came to controlling women. Colonial governments tolerated practices such as child betrothal, dowry and polygamy so that they could uphold rural authority and chiefs and rulers tolerated the import of western values through missionary education and legislation so that they could maintain the economic benefits they gained from the colonialists. The control of women was no novelty, it all just took on a different form, for better or for worse!

Any thoughts on this, or on puffy faces? (God, forgive me!!)