The power of an image became viscerally clear to me recently when I changed my blog profile photo. In the previous one I had this sassy don’t-mess-with-me look, which I do sometimes like to sport in “real” life, but I’m much better represented in this new one. It surprised me that I felt so relieved having changed the picture. I didn’t realise the old one was making me feel the need to live up to something that I am not.

Last night I went to listen to Chimamanda Ngozi Adichie speak at the annual Commonwealth Lecture. Her gracefully evocative speech stood in stark contrast to the stiff, cerebral presentation that preceded and followed. Speaking of the statistical way in which we share stories of death in modern times, Adichie warned “We should know how people die but we should also know how they live.” Indeed, Adichie is one of the first people that comes to mind when the topic is representation, images and the stories that they harbour.

Images of Africans in the press and in popular culture, especially of African women, tend to be quite predominantly NGO-ized. First of all, during war and famine, photos of women and children are shown to evoke sympathy. Furthermore, charities often depict African women as oppressed victims of FGM, GBV and HIV amongst other acronyms.
Women’s struggles to control our bodies are real problems in every corner of the world. As I write this, in the US and UK legislators have made what happens in women’s wombs political agenda in true 20th century style. And the above mentioned types of battles are perhaps the most pressing when it comes to the human right of absolute bodily freedom. But these struggles are too often hijacked by state- and NGO sponsored Gender & Development work rather than in emotion-led and feminist activism where I’d argue they belong.

Where I’m going with this, is that we need to balance the portrayal of ourselves (by ourselves). Part of that is sharing stories of women who inspire and making those representations accessible. In the interview series I run on the blog, the women entrepreneurs of the MsAfropolitan Boutique have been answering the question:

If you could pick one known African woman that you think is inspiring, who would she be and why?

Here are 7 of their choices, starting of course with Chimamanda Ngozi Adichie.

“Chimamanda Ngozi Adichie for the simple reason that she’s a genius. The first time I read Things Fall Apart by Chinua Achebe it was like a blow to my solar plexus. I’d just returned from my first trip back to Nigeria 16 years after leaving and Things Fall Apart painted a picture for me of an era long gone with stark similarities between the protagonist and my Father‘s family. Adichie’s work has a similar affect on me. After reading Half of a Yellow Sun and Purple Hibiscus my spirit was excited in a way that I have not experienced since reading Achebe’s African Trilogy. My parents are from South Eastern Nigeria and both lived through the Biafran war. Although not Igbo they were caught in the fringes and some of their experiences still bring me to the verge of tears. I recently watched Adichie’s TED speech about the danger of a single story and her eloquent, thought provoking delivery perfectly articulated my feelings on the singular stories that constantly emerge from the same spots on the globe. This woman is incredible. She is completely relevant to our modern generation and somehow manages to seamlessly bridge the gap between two generations. I can’t wait to read more of her work and I’d love to dress her at some point.” “Her story (coming to the UK with very little, being discovered as a model and having the world as her oyster) resonates with me because it just shows that anyone can change their circumstances by persevering and working hard.”

“Tegla Loroupe, the first African woman to win the New York marathon. I was priveliged enough to represent her through my other company JH PR in her role as ambassador for Virgin Unite. Tegla didnt just acheieve on the track and make history, she set up a school and an orphanage in Kenya, and is a UN ambassador for sports. In 2003, Tegla created a number of Peace Marathons sponsored by the the Tegla Loroup Peace Foundation and got presidents, prime ministers, ambassadors and government officials to run with warriors and nomadic groups in her native Kenya, in Uganda and in Sudan, to bring peace to an area plagued by raiding warriors from battling tribes. In 2010 the Kenyan government celebrated her as hundreds of warriors have laid down their weapons as a result.”

“Senegalese designers like Adama N’Diaye, Mame Faguèye Ba, Sadiya Guèye, Oumou Sy and many others inspire me. These African women give me the feeling that everything is possible when you have the will, and that being a woman born and living in an African country is not an obstacle to success. On the contrary, it can make you even more creative because of the lack of means such as money, infrastructure, studies…
Observing their careers, makes me inspired, and gives me the initiative to succeed in my own personal and creative life!”

Adenike Ogunlesi is a very inspirational woman. She is the founder of Ruff ‘N’ Tumble, a childrens clothing line in Nigeria. 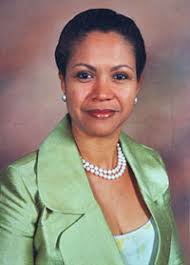 From a tiny shop with her and her mother as the main staff, Adenike turned Ruff ‘n’ Tumble into an instantly recognizable brand. She has built a reputation for being one of the best manufacturers of children’s clothing in Nigeria. She started in 1996 selling from the back of her car. To promote the brand she took all her kids, put them in all the clothes and took pictures. It was the first time anybody had ever marketed children’s clothes like that. Not a clip out of a foreign magazine but actually using Nigerian children. The response was incredible, people actually wanting ‘made in Nigeria’ Garments.

I admire her not just for noticing a gaping hole in the market but for her drive and determination to do something about it. Today Ruff ‘N’ Tumble is a thriving business with 50 employees and distribution along the West African coast. 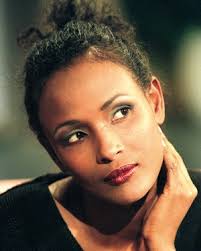 “Waris Dirie is a true inspiration to me. She lived a nomadic life in the deserts of Somalia and at a very young age of six suffered the horrific genital mutilation. This didn’t stop her, instead, she grew to become a very successful model and writer in NY and has now devoted her life to fighting this archaic ritual.

I have friends and acquaintances who come from privileged backgrounds, yet they often complain about this or that situation. I always tell them to stop looking for excuses but rather look for ways of improving it, as no one puts up these barriers but yourself.
There are so many women like Waris who come from underprivileged backgrounds but make it to the top. I find these stories incredibly inspiring and this is what gives me the drive to succeed.”