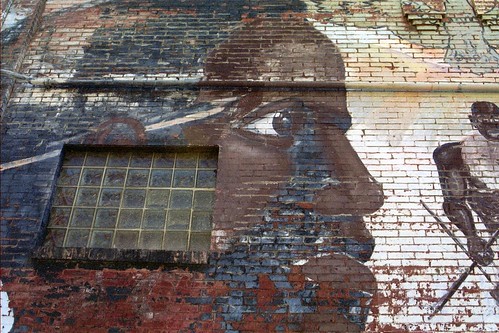 The choice to use the term feminist to describe a significant part of my personality is greatly because, although it’s not a fashionable term, it’s the one that describes the inner revolution caused by the anger, or rage even, and the sadness that I feel about our world being often detrimentally defined by “his-story”. And anyway I’m not someone who wants to believe in things because they are fashionable.
That said, it is of not much importance what terms people use to define things they believe in, it’s what they believe in that matters. However, when a person describes themself as feminist despite its tellingly provoking capacity, I tend to read it as a sign that the person means business about being fed up with millennia of women’s oppression.

To question, analyze and be vigilant of one’s privilege is an admirable quality in a person. Whether it’s for example heterosexual people who are gay right’s advocates, or white people who actively oppose racism towards non-whites, or as the case is here, men who care strongly about women’s issues, there’s something truly humble to it.

It’s good news when black men who despite themselves being subject to structural, institutional and everyday racism, challenge their male privilege, the double oppression that black women face and the neo-black afrocentricism that denies that gender inequality is a problem despite that black African “sisters” pay the heaviest price for patriarchy (socio-economically, politically and culturally).

2. Why I Am a Male Feminist – by Byron Hurt in The Root

3. African Feminism and the dilemma of Class by Mukoma Wa Ngugi in African Writing

4. The negative effects of being a so-called ‘real man’ by Mbuyiselo Botha in The Sowetan

5. 7 Thomas Sankara Quotes about women right here on the blog

6. Why black men should become feminists by Symeon Brown in The Voice

7. Growing pains of a black male feminist by Mychal Denzel Smith in The Root