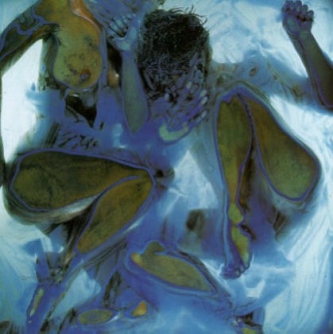 Havelock Ellis, one of the most successful sexologists of the 20th century believed that sexual intercourse between men and women was based on animal courtship which he defined as “the pursuit and conquest of the male”. The female, he said, plays a game where she pretends to resist in order to be caught. He saw homosexuality, for which he coined the term, as inborn rather than immoral. However, he also labeled it a sexual inversion. Although considered a progressive of his time he supported eugenics and other odd notions such as male sexuality being naturally violent and that women (yawn) should surrender to sex in order to prevent divorce.

In African Sexualities, there is a piece by Nkiru Nzegwu on Osunality (or African eroticism) where unlike the dominant ideas in 20th century sexology, the penis is not in charge. Instead the vagina is seen as the dominant organ as it swallows the penis, it pulls it and makes it disappear during heterosexual sex. Spiritual leaders like Malidoma and Sobonfu Some’ offer alternative views on queerness by explaining that for the Dagara, LGBT people are key to the balance of society and so homophobia does not take place.

In the west there is vaginal mutation like labioplasty, and African patriarchs like their western counterparts are guilty of controlling women’s sexuality through practices like labia elongation and infibulation so I’m not meaning to turn this into an Africa/west-thing. My point is simply that our sexual views in society at large are off-key and that the road(s) to intimacy will not be televized.

Um, I apologize in advance to people rebranding Africa, but it seems the majority of our countries are in crisis. Crises that are rarely put in the historical context of slavery, colonialism and imperialism in which they belong. Crises in debt, development, poverty, political instability. Crises in education. In culture. Crises, between spirituality and intellect.

Here’s a clip of me speaking about growing up in an interfaith household on Channel 4 last year. I was saying that I’m not religious but that religion has enriched my life. I’ve written about our muslim/christian/Ifa household also here. I think that everyone has an individual path to divine relationship and I do believe that such is desirable.

However, to address the critical situation we have to unravel the myth from rational thought. For example, someone might say that on a personal level they don’t think there’s anything sinful with homosexuality, but on a spiritual level they disapprove because their church does. That’s not an example of separating the intellect from myth. Neither is looking to God to tackle such problems as Boko Haram. We are crippled by an understandable but nevertheless sleep inducing religiosity. Understandable, because the crises have pushed us to live in a never ending mass or salah, praying for an end to suffering. But those of us who have been privileged with education, with access to a rich cultural archive, with a space for self-reflection, we need to look at religion as practised by Africans both intellectually and spiritually. This is an example of an intellectual discussion about religion.

We need to increasingly engage in a dialogue about shaping our societies without giving religious institutions the exclusive position to dictate morality. We need to address — point by point — that most religions place the white, heterosexual, male as superior (God) of other races, sexualities and genders and what that means for all Africans. We need to dig deep into our psyches in order to understand history and present, not a rebranded interdependency or a derogatory narrative of Africa. But to do so we need first of all to stop waiting for God’s miracles. God will not save us unless we want to save ourselves. As writer Niyi Osundare says “The kind of religion we have in Nigeria is one that puts you to sleep, and after that, puts you to death.” I’d say this applies to most of Africa.

The last (and first) time I got a weave was in 2004. I lived in Brooklyn at the time, and I was going to a barbecue with friends later that day. It was a summer’s day, the mood felt elated and I remember feeling quite pleased with my new look as I stepped out of the salon on to Church Avenue in East Flatbush, the long bushy hair tickling my neck. A few days later, to everyone’s astonishment, I took the damn thing out. The discomfort was too much.

Some say that beauty is pain. And I’m sure I could have gotten used to the itching and heaviness, but a part of me felt reluctant to see it through. Some days after taking the weave out I even ended up cutting all my (relaxed) hair off. I guess I was going through an unplanned catharsis. I hadn’t had hair so short hair since I was a toddler. For the first week or so, my heart sank every time I saw myself in a mirror. I felt less feminine. Then I started to feel emboldened by not being able to hide behind my hair. I liked how my new hairdo was low maintenance. I enjoyed the way my lover’s hands were constantly ruffling my head. I was going natural although I can’t remember if that”s the term that was used then. My friends warned me that I was crazy, that they could never do the same with their hair type. They joked that I thought I had good hair and that’s why I was acting insane. But at the time I thought my hair was unmanageable. Yet I was slowly learning that it was exactly the opposite. It was much more manageable than it had ever been. Today I have the same hair that I bought and attached to my head eight years ago and it’s great that it doesn’t itch.