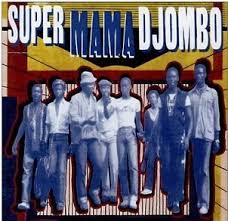 Update: There used to be videos in this article which for some reason have disappeared. I will reinstall them asap.

In the 1960s and 1970s when most African countries became independent states, one of the fundamental ultimate goals of rising pan-African ideology was to consolidate aspirations of African unity.
Part of those ambitions manifested in ideologically driven cultural festivals such as the Rumble in the Jungle, FESMAN and FESTAC 77 which were pivotal in nurturing pan-African identity.
Fuelled by ideas of Negritude and the civil right’s movement, these celebrations of African culture and heritage succeeded where pan-Africanist politics often slipped. They united people of African heritage accross the continent and in the diaspora.
Musically speaking, talent spread trans-nationally and cross-continentally; Sunny Ade set off dance floors in Brazil and Clementina de Jesus sang for crowds in Nigeria.

The musical treasures below are examples of songs that were hits not only in their countries, but also contributed to a now vibrant global Afropop culture.