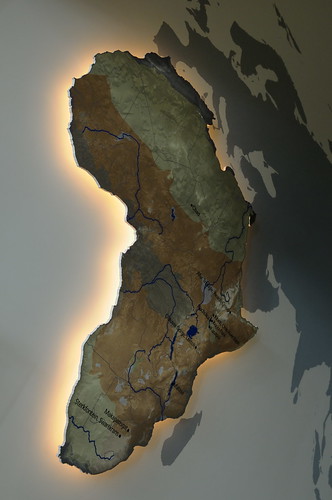 When a region has been subject to genocide, slavery or Maafa (holocaust), colonialism, apartheid and financial exploitation also known as neoliberal multilateral agreements, how do we legitimise its place in a globalized modernity without examining its bruised psyche? Through rebranding it as Bono suggests?

MsAfropolitan does not intend to rebrand Africa, but aims to be part of a network that seeks to tell the truth about it, and the thing is that the truth, warts and all, is so much more wonderful than repackaged modern interdependency. MsAfropolitan, just to point out, does not exist to make me an online personality or a blogger superstar. This site exists, quite frankly, because I have no choice. There is too much wrong with the world to just quietly observe. I HAVE to speak up. I write, and I will only ever write, out of love. If I stop loving writing and loving humanity I will not write. Simple.

People sometimes say to me, perplexed, you’re so nice in person, modest and humble. As though nice people do not have opinions as well as nice people women are not supposed to be feminists or vocal about racism or exploitation!
But I ask myself, how can I not be Pan-African or feminist or doubtful of religion? Africa is by far the poorest continent in the world. Women have been considered the ‘inferior’ sex for centuries and although my reverence for the teachings of for example Jesus, Buddha and Mohammed is timeless, I am starkly aware of the difference between their messages and the religious dogma attached to them, which has done more harm than good.

We are asleep. We decry racism and yet live comfortably in racially unequal societies. We don’t question that we are shifting from citizens to consumers (although the many current protests and occupy movements are a monumental landmark in challenging this). We are experiencing a racial moment where a black US president is waging imperialist war, avoiding identification with women, black Americans, gay people, environmental activists, Africans and so on. We tiptoe around anything imperfect for fear of having to take a stance and potentially be wrong. Perfection is crippling us from being fully alive so instead we call ourselves apolitical.
However, every lifestyle choice is political, the choice of milk or clothes or car one buys, the books one reads, the films one watches, even Christmas is a political celebration!

To wake up, and curiously examine the business of living is an act of resistance. Resistance to the fear of making mistakes. It’s okay to be wrong, godliness is not flawlessness. God resides in darkness, in humiliation, in vulnerability too.