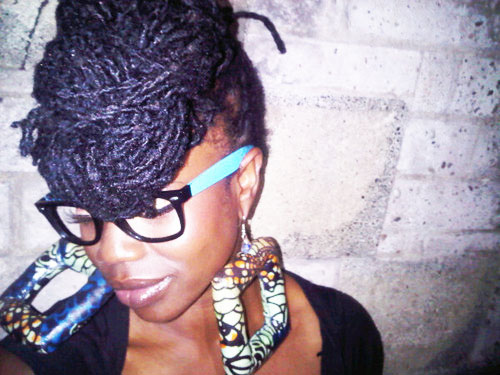 The mission of the MsAfropolitan Boutique is to showcase a handpicked range of products made by African Diaspora women on a rotating basis. Visit us here.
Through this work, I meet many inspiring women whose Afropolitan stories are featured in an interview series features which you can follow here.

Last week the MsAfropolitan Boutique added its 16th collection, Mononoko, into the online shop. I’m pretty hyped up about that! In one year, the MsAfropolitan Boutique has expanded from 7 to 16 brands, many of who exhibited their fashion at the V&A Museum “Rise of Afropolitan Fashion” show that MsAfropolitan presented in June.
The addition of Mononoko feels like a landmark event of sorts. It’s soon officially fall (autumn if you prefer) and there are many exciting plans in the works for the brands in the shop. Stay tuned!

Mononoko’s Afro Fusion Funk style feels just right for the new season, and the label’s founder Mary Ononokpono has got that right dose of positive vibes to make me love all she does even more. Check out her interview below.

Could you describe Mononoko in one or two sentences?

Mononoko is a Manchester based sustainable fashion label currently focused on the creation of contemporary sustainable womenswear, jewellery and accessories. We employ a 360 degree approach to sustainability making use of a mixture of recycled/upcycled, end of line and sustainably sourced fabrics.

Could you share an exciting development currently taking place for Mononoko?
There are many exciting developments currently taking place. One of the most exciting is developments is in terms of expansion of our stockist list. I don’t wish to speak prematurely but if you follow us on twitter @mononokouk and facebook, I will be posting regular updates. I’m also excited about a collaboration between Mononoko and Brooklyn based artist Ruby Amanze. She has the most incredible abstract drawings which lend really well to print and are inspired and infused with abstract forms of her Diasporan heritage, Brooklyn via Birmingham UK and Nigeria.

What does the term Afropolitan mean to you?
An Afropolitan is an intelligent contemporary person of African descent living in a cosmopolitan environment. Often maximising their innate creativity, an Afropolitan to me is the eventual 21st Century consequence of intelligence expressed through descendants of the many African holocausts. An Afropolitan is well aware of their rich culture, heritage and at times turbulent collective past but is not limited or necessarily defined by it. To me Afropolitans are collectively reshaping the future in a positive manner and characteristically march to the beats of their own drums.

If you could pick one known African woman, Diaspora and continent, that you think is inspiring, who would that be and why?
Chimamanda Ngozi Adichie for the simple reason that she’s a genius. The first time I read Things Fall Apart by Chinua Achebe it was like a blow to my solar plexus. I’d just returned from my first trip back to Nigeria 16 years after leaving and Things Fall Apart painted a picture for me of an era long gone with stark similarities between the protagonist and my Father‘s family. Adichie’s work has a similar affect on me. After reading Half of a Yellow Sun and Purple Hibiscus my spirit was excited in a way that I have not experienced since reading Achebe’s African Trilogy. My parents are from South Eastern Nigeria and both lived through the Biafran war. Although not Igbo they were caught in the fringes and some of their experiences still bring me to the verge of tears. I recently watched Adichie’s TED speech about the danger of a single story and her eloquent, thought provoking delivery perfectly articulated my feelings on the singular stories that constantly emerge from the same spots on the globe. This woman is incredible. She is completely relevant to our modern generation and somehow manages to seamlessly bridge the gap between two generations. I can’t wait to read more of her work and I’d love to dress her at some point.

Is there any particular element from Nigerian culture that you maintain in Manchester?
I was born in Calabar (South Eastern Nigeria) and moved to the UK with my family when I was just 7 months old. Now based in Manchester I do consider myself to be incredibly anglicised as England is pretty much all I’ve known. However growing up in a Nigerian household it’s almost impossible not to be infused with your native culture. I grew up in the midst of a close knit Nigerian community which helped to keep me in check. My parents and their peers tried very hard to preserve and pass Nigerian culture down to my generation. Certain elements I have managed to master. My mum would be incredibly disappointed if I could not cook Nigerian food. She taught me well. Other aspects I think I could have tried harder with. My 5 year old sings Efik songs a lot better than me for example. Moreover at my core I am Nigerian. The spirit of Nigeria runs through my veins.

Do you have a favourite post on the MsAfropolitan blog, and why?
That’s a tough one. There’s far too much choice. I must say that I was particularly intrigued with the series “Mixed Race Girls Have Issues” because a couple of my closest friends have struggled with issues of other peoples perceptions of their identity. It’s a conversation I have had on many occasions with one of my best friends who is of Nigerian and Scottish heritage. Our conclusion has always been the same as your premise that “I can’t help but feel uncomfortable when on a one to one basis the emphasis nonetheless is on race, rather than character.” My overriding feeling on this issue is that the most important perception to any individual is self perception. Forget what others may think of you. A positive self perception is a precursor to attaining self actualization. This being said my favourite recent post has to be “Riot, Rage and Rebellion”. The whole country was shocked a couple of weeks ago when one by one our major cities began to erupt in flames. I think that collectively we’ve not even begun understand exactly what happened at the beginning of August. It made a lot of people very uncomfortable and has provoked reactionary responses from our so called leaders and educated illiterates like David Starkey. However I think it’s imperative that we examine the wide plethora of causes which erupted in some acts of unspeakable violence and rage. Blog posts such as this provide an alternative point of view and encourage dialogue which will ultimately lead to understanding and real solutions as opposed to locking people up for 4 years for inciting social unrest on facebook that never occurred. 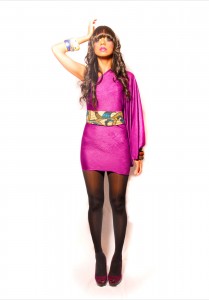 What inspired the name for your business?
Mononoko is something of a hybrid/anagram between my first initial and last name. It was also inspired by Hayao Miyazaki’s Princess Mononoke. I love most things Japanese and this is my favourite studio Ghibli movie. The prevalent theme focuses on the epic struggle between humanity and nature which for me is befitting of a fashion business focused upon ethics and sustainability. The movie depicts the earth as a living, breathing organism and somewhere along our evolutionary process we seem to have forgotten that fact and become totally out of sync. I recall watching a documentary back in 2005 during the Africa 05 season where the presenter was speaking to an indigenous African man. He said something that resonated with me which was along the lines of “Europeans traverse the globe in a quest for ownership of land. They think that the land belongs to them when in reality we belong to the land.” He was rather amused by what he deemed to be a nonsensical point of view and I happen to agree. If we treated the planet and each other with more respect the world would be a much nicer place to live in.