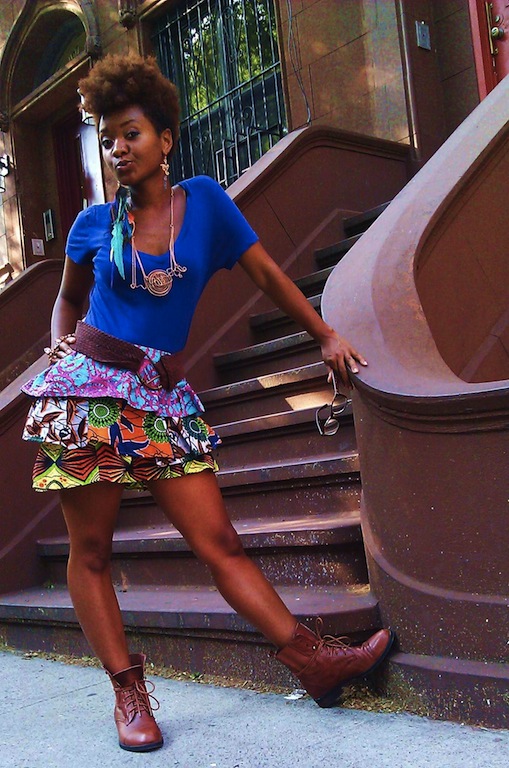 The mission of the MsAfropolitan Boutique is to showcase and offer a handpicked range of products made by African Diaspora women on a rotating basis. Visit us here.
As part of my journey to achieving this goal, I’ve met many inspiring women whose stories I want to share with you in an interview series features which you can follow here.

I’m excited to introduce y’all to the creative work of Doureian Fletcher, the founder and designer behind the earthy jewellery collection eKlektik eKhos. The MsAfropolitan Boutique is now showcasing some of the pieces, and below is a picture of me wearing one of her pieces too.

eKlektik eKhos pieces are inspired by ancient traditions and each piece is created with the intention to bring peace and meaning through an incredibly unique piece. As Douerian says, her pieces are like a dormant gift waiting to make itself known to those who will accept it.

Could you describe Eklektik Ekhos in one or two sentences?

The expressions of reflections of light, which are people. More detailed, eKlektik eKhos are expressions through an echo of the Original Creator inspired by various styles, ancient traditions, experiences and/or the cultural background of the reflection of creation the piece is intended for.

Could you share an exciting development currently taking place for Eklektik Ekhos?

As of right now, I’m preparing to put my pieces in more boutiques and later on this year, a few major festivals in New York, Florida, and other cities. I’ve been vending only at local events so it’ll be very exciting to sell in other cities and meet new people and see a different culture. I’m also planning on a few art shows as well.

What does the term Afropolitan mean to you?

Afropolitan is a term that encompasses all that is important for the modern ‘afrocentric’ person. Culture, society, music, beliefs, health, etc that concern those part of the African diaspora experience. It’s the life line that connects all African peoples in terms of lifestyle and issues that affect us.

If you could pick one known African woman, Diaspora and continent, that you think is inspiring, who would that be and why? 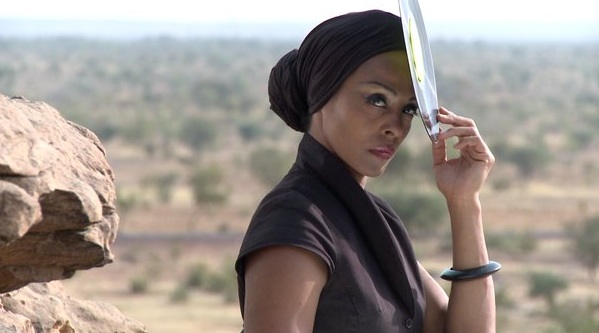 Marie Daulne from Zap Mama is extremely inspiring. She has taken her life experiences, good and those that may be unfortunate, and has created and accomplished making beautiful music that crosses racial and cultural lines, one of the primary things I hope I can accomplish with my creations, art and jewelry.

What inspired the name for your business?

I started my creative process making bamboo sculptures/candle holders for people. They would tell me something about themselves, or their family and I would create pieces based on their stories. I used different materials such as beads, hemp, glass mirrors, and other materials. It was eclectic (A person who derives ideas, style, or taste from a broad and diverse range of sources.). Because I was using different types of materials and my pieces were reflections (or echoes, which is a vibration that is bounced off of an object) of those I created for I felt the name fit! As far as the ‘K’ in the spelling in the name, it derives from a class I took while I studied in South Africa. We discussed that the spelling was originally Afrika and it wasn’t until Europeans began its colonialization that it changed to Africa. So the ‘K’ is my reminder of my origin. 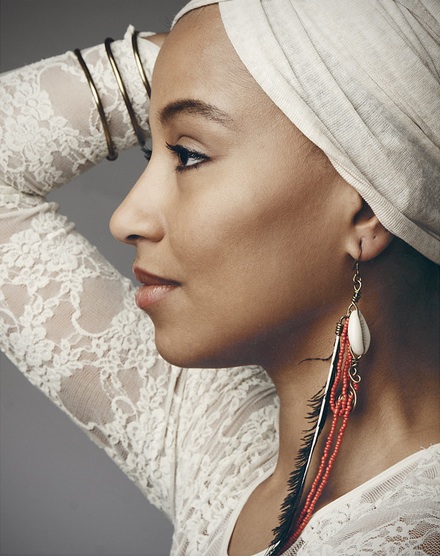 Is there any particular element from African culture that you maintain in New Orleans?
I moved to New Orleans, Louisiana originally from the Los Angeles area, and it’s interesting because I’ve always been considered “Afrocentric” but haven’t intentionally maintained any element but I’ve always been attracted to African culture, dance, clothing, a connection with the Earth and just the concept of community, everyone helping and supporting each other in life. Although American culture has an influence in some of my dealings with society, I believe I carry many African cultural traits.

Do you have a favourite post on the MsAfropolitan blog, and why?

I have 2 favorite posts: “Too afrocentric for you?” and “African witchcraft and western psychology”. The former blog and the responses really reflect many of my thoughts about the situation. Being one that has been labeled as Afrocentric which has, for many, put me in a box full of assumptions it was a breath of fresh air, for one, to SEE an article about the issue and read the responses of those who do accept their afrocentricity but do not claim that label.

The latter article is also a reflection of some thoughts I have about going back to the original doctor, the Earth. I believe that since we’ve been spread across the globe and western philosophy to treatment has been introduced, we have become a bit disconnected to those traditional ways that our ancestors passed down from centuries of healing. It was pretty exciting to read that article. J