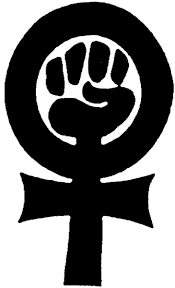 As my feminist consciousness has developed the more I’ve become aware, both explicitly and implicitly, that there is a popular notion that feminism is un-African. Every time I write a post about feminism in an African context, I get at least one response about how feminism is this flawed, white supremacist ideology.
The internet is rife with articles about this so I’m  not going to pull up too many examples. Most argue along the lines that feminism is “diabolically anti-African anti-human neologism emerging out of the Eurocentric reactionary women’s movement in the 50’s”

What’s problematic about these arguments is not that people have a different opinion, as is their right, but that these critics don’t even bother to understand what African feminism is about before attacking it.
Yes, there is global feminist consensus, but it is also important for African feminists to shape our own ideological home for African feminism through which we can view African women’s issues. In fact, this is very much an ongoing process and like all political work, it is nuanced. To very briefly summarize, some African feminists thinkers and activists are liberal, post-modern, eco, socialist feminists etc and some adopt a more radical approach to challenge the legitimacy of patriarchy. African feminists are concerned with the domestic imbalance and gender roles, but also about so called ‘bread and butter’ issues like poverty reduction, violence prevention and health and reproductive rights which affets African women worse than men. African feminism is just as much about the inter-connectedness of slavery, colonialism, racism and so on and how these historic realities have caused women’s oppression.

Yes, the term ‘feminism’ does not have African roots, rather, it came to the continent largely due to the African-American feminist movement. However, the concept itself is not one that western feminists exported to African women. Africa has some of the oldest civilizations and so it also has some of the oldest patriarchies. And African women have always found ways of resisting patriarchy through manipulating popular ideas of motherhood, or religion, or labour.
The argument that feminism is un-African is also flawed in its romantic view of pre-colonial Africa. Even if African societies were egalitarian, which wasn’t always the case at all, most African societies, have now imported a largely western gender order, one that is patriarchal.

It’s weird that an African woman can debate Greek democracy or Freudian psychoanalysis or US-style capitalism and be qualified as politically aware, conscious, intelligent, not western. But as soon as women’s issues are mentioned someone will be quick to accuse you of neglecting African traditions and being brainwashed by western values.
The reality is African politics is not gender neutral and pretending that it is despite all the suffering that gender inequality causes is much more ‘un-African’ than what any one person chooses to affiliate with