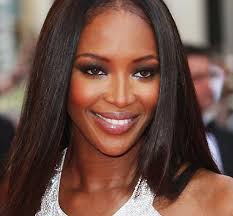 The Black History Walks website has a useful list of ways to help combat negative media portrayal of black people.

Some of the suggestions are:

In line with the last two points I contacted ASA (Advertising Standards Agency) about the Cadbury Dairy Milk ads which likened super model Naomi Campbell to a chocolate bar. Despite that Naomi Campbell threatened to sue Cadbury’s, and stated that she was hurt and insulted by the ads, apparently we were only three people that complained.

It was quite surprising as the web was rife with commentary about the ad. Of course, many people might not have found the ad offensive. The ASA point out to me how people have varying opinions on what is ‘bad taste’. The ASA also argue that “the ad was likely to be understood to refer to Naomi Campbell’s reputation for “diva-style” behaviour rather than her race”. Seeing that chocolate doesn’t have an attitude I failed to make that immediate link but I agree that she is seen as a diva.

As ASA received only four complaints about the campaign, three from members of the public and one from OBV,  and due to their sentiments about the ad’s suitability, they did not find rounds to intervene. Whatever our views about this particular ad, the correspondence got me wondering if we complain often enough about black people being negatively portrayed in media, what do you think? Are we so used to stereotypical images that we see no point in reacting when something rubs us the wrong way?

Posting ASA’s response in the case it’s of interest.

Thank you for contacting the Advertising Standards Authority.
I should say right at the start that the ASA Council has considered your complaint but didn’t think there were sufficient grounds for us to intervene.  Let me explain.

Our Code says that ads should contain nothing that is likely to cause serious or widespread offence.  The ASA bases its judgments on the content of the ad and the medium, audience, product type and prevailing standards in society.

Complaints about offence often require difficult judgements but we don’t intervene where advertising is simply criticised for being in poor taste. Apart from freedom of speech considerations, even well-intentioned and thoughtful people will have different and sometimes contradictory opinions about what constitutes ‘bad taste’ or should be prohibited.  We can only act if the ad, in our judgement, offends against widely accepted moral, social or cultural standards.

We’ve received only three other complaints on the subject so it does seem your concern isn’t widely shared.  The number of complaints isn’t the main factor of course – we’ve upheld solo complaints and not intervened when there were hundreds – but it is part of the picture in cases of this kind.

I realise this decision will disappoint you but I’ve passed your comments to the advertiser (without revealing your identity) so they’re aware of your views.  And we’ll continue to monitor the response to this campaign.

Our website, www.asa.org.uk, contains information about the ASA and the work we do, including the results of investigations into other complaints, many of which have been upheld.