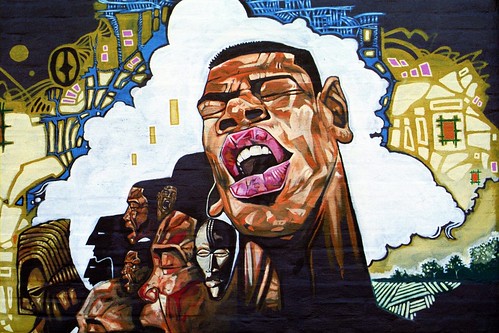 Recently, two elderly men came into the same crowded train carriage as me. One had a walking stick so the other assisted him on to the train and on to the seat which I stood up to offer. I’d guess the men were in their early 80s but I’m not good at predicting the ages of either the very old or very young.
‘Thank you young lady,’ the man with the stick said as I stood up. They were in good spirits.
I’ve written here about my tendency to eavesdrop. Maybe because of this I have developed a skill of “hearing” even the unsaid. I sensed namely that without saying much these two old men were reminiscing about someone whom I reminded them of. They flirted with me in that charming way old men do  by not meaning it really, with a kind of nostalgic respect. The conversation about the woman whom I resembled either physically or metaphysically lasted no longer than a minute.

‘I wonder what happened to her, ‘ one of the men said.

‘Yes,’ the other responded, thoughtfully, exhausting the topic.

I stopped listening to the rest of their conversation. My inner storyteller was satisfied. The observation I’d made, which I am now writing as much as an attempt to understand it myself, as to share a story with you, was that the men shared a physical closeness which came along with a perceivably comfortable emotional component to it. Their friendship was coated by a comradely intimacy which I rarely see younger men demonstrate to each other.

As there is guilt in innocence, there is innocence in guilt. – Yoruba proverb

One thing that irks me about much of the written word about Africa, whether in newspapers, academic books or novels, is the uncritical way in which many writers still produce so called historic facts about Africa without reflecting about their own objectivity and the understanding of the society they write about. For example, it’s one thing to defend the European slave trade by writing about how Africans also heartlessly sold slaves. It is another, often more truthful thing, to write about the Africans who sold slaves as men who indeed were as heartless and brutal as the white slave-traders, but who nonetheless also were leaders of communities and saw the transactions as a way to enhance their positions. History can not erase an atrocity but if written carelessly it can erase power. It is untrue that influential African men gave up their sovereignty. Yes, at the expense of the less fortunate they negotiated their authority, sometimes selfishly, sometimes carelessly and often, as leaders do till this day, because they believed that making sacrifices would produce a greater outcome for their own power.

My great granddad donated a piece of land to the British so that they could build a school because education was a welcome bargain. If we look at that example, historians could account that he yielded to British superiority, or, as his legacy remains in his town, that he was a philantrophist who didn’t even request a payment for an exchange which would benefit his society.

The lengthy detour from my topic serves to say that I’m reluctant to write about masculinity with anything else but cautious objectivity and distanced curiosity.

It occurred to me on the train, listening to those two old men, why masculinity may be in crisis. It somehow seems that there is a level of intimacy which human beings thrive on, that our current definition of masculinity oppresses. To an extent, it seems that only when death lurks, such as at old age, or war, or illness, does patriarchal culture allow intimacy and sentiments between males.

In so many ways, being able to show vulnerability as well as defense, tenderness as well as protectiveness and closeness as well as cool, seem to be characteristics of many of our heroes like Jesus, Ghandi, Mandela, Einstein to name a few. Yet we live in a culture where even women increasingly dispossess feminine traits and where people would blame feminism for this rejection rather than the fact that masculine traits are those that succeed in patriarchy. The fact is, neither masculine nor feminine have to be tied to biological sex. Men can possess some qualities that are considered feminine and vice versa. However, if feminine features are tied to women only, then aren’t men denied some of the most important tools that humanity has been given to develop with?

Looking at history it isn’t difficult to distinguish leaders that estimated power over strength and toughness over compassion and the crimes that were committed in their names. In a culture where male leaders outnumber females by far, I wonder, how can our current definitions of masculinity look after people that need not only muscular protection but also an intimate understanding of what it means to be alive and human with a range of sentiments?

Would love to hear your thoughts, ladies and gents.