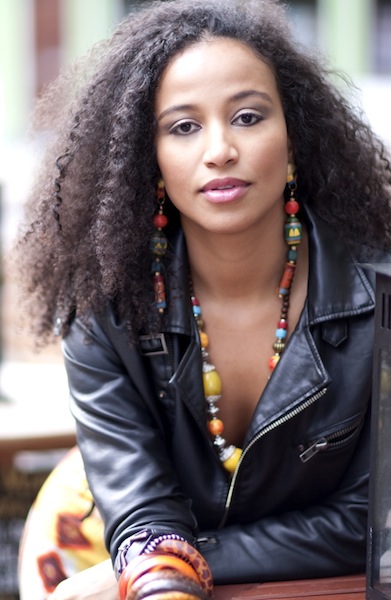 I eavesdrop a lot, my ears are like antennas picking up conversations that I’m not supposed to hear. It might be indecent but hey, it’s fodder for my craft.

So the other day whilst enjoying a coffee at Starbucks, I pretended to read an article on my ipad, but in reality I was occupied by a conversation being held between two friends sitting adjacent to me. Not only was I listening to their dialogue but also to the pauses, the chuckles, the silences; brief moments that are subtly filled with essence.

One of the women announced to the other that she had decided to quit her day job. She would move in to a smaller apartment with her child, and pursue her dream to become a textile designer. A decision, which the other friend thought was a tad risky and irresponsible.

To me, taking (well-thought out) risks is actually quite responsible. I am convinced that life is not about having everything mapped out, sometimes it’s sensible to do things that make us nervous and that we even some day might regret.

That’s why I find mainstream career advice so off-putting. It seems we are always encouraged to endure, to ‘climb’ the ladder, basically to kiss someone’s ass so that we too eventually can get our asses kissed. Hearing such career advice is quite depressing. It makes it feel laborious and tedious to succeed and that in return often results in people not challenging the status quo. Unless they are very competitive by nature. Being competitive in fact, is what often seems to be urged by career advisors. Furthermore, this might be a disadvantage for women, as research suggests that women are not as competitive as men. Go figure.

The truth is crafting a career is fun! Your career is part of your life’s journey, not an end destination. Yes, it takes time but if you have an idea of what you want to do you don’t have to challenge the odds to reach your goal, rather your challenge is to realise that the goal with a career is to see it as a way to improve your self. In other words, returning to the ‘ass’ analogy, success is not about having your ass kissed but about keeping it toned.

Most importantly, I want you to consider this. Many people don’t have the privilege of career choice, in the same way some don’t have the option to vote. Neglecting this privilege is the same as not voting. Doing a job that you hate day in and day out if you have other options is not giving thanks to the gift of choice that you have been given. The reason I say this, is because people that do what they love tend to have higher self esteem and that in return makes it easier for them to help others. Of course the more we can help others, well, the better societies we all can live in.

I’m not suggesting people should quit their jobs without a back up plan, (although this is what I did), but start taking steps towards what you really want to do.

The succeeding question is do you know what you want to do? And if so, are you doing it? Do you agree that self-esteem and job satisfaction are linked?