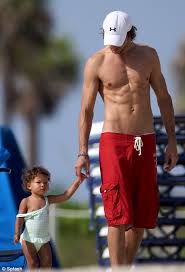 The world of science has on several occasions declared that race is biologically meaningless, but yet accepting this idea as general knowledge seems curiously hard to accomplish.

The sooner we can understand the fallacious construct of race, the sooner we might begin to speak about multi-racialism with the kind of sensible thinking that it requires.

However, the prospects for that remain remote. The issue of whether a biracial individual should deny or embrace their other half began in 1937 when Everett Stonequist wrote his famous work ‘The Marginal Man’ (thanks for that!). Recent events proved that we have not made much progress; biracial people are still an uncomfortable thorn in the side of the social experiment called race. Following actress Halle Berry’s declaration that her daughter is black in Ebony magazine last week, people got very emotional and all these articles about biracialism surfaced. Such as Sonia Poulton’s moving but naïve piece, which again referred to dated racial terminology such as DNA and white inheritance when debating biracialism. The one drop rule was up for discussion, US journalist John McWhorter wrote in Let’s Stop Being Angry at Biracial People that black people inflict a sort of reverse racism on mixed race people by forcing them to label themselves black. Bene Viera responded to this with an article in Clutch Magazine asking that mixed race people Stop Bringing the Biracial Issue to the Doorsteps of Blacks. Again they all approached race as though a biological fact, thus resulting in a segregating conclusion.

Maybe this is as good a time as ever to say that in accordance with president Obama, Berry and countless other mixed race people I refer to myself (amongst other labels) as black. I do so even though my genetic make up is European and African, Finnish and Nigerian to be precise. The reason I am black is not unclear to me in any manner. I appreciate that although flawed, the theory of racial difference is one that continues and in all likeliness, will continue to shape society for a while. Secondly, people like myself have the same history as any other black person. We were slaves, oppressed and colonized in the same fashion and on the same grounds. Third, and most importantly, it’s one out of many cultural labels that I’m able to identify with.

The only cultural racial label, which applies to me but that I can’t claim to have experienced, is the one of ‘white’. This is not due to my denying my whiteness as some accuse Halle Berry of doing; rather it is a result of how society is constructed. If you don’t believe me, try stepping into my shoes at a western airport and watching all the white people with the same passport as I have, waltz past you as you get stopped and possibly detained. Or, if you want hard evidence there’s the study conducted at Harvard University, which found “that individuals who were a 50-50 mix of two races, either black-white, Asian-white etc, were almost never identified by study participants as white.”

It’s sad somehow, but I have to live with the fact that it would feel absolutely farcical for me to see myself as white.

The topic of ‘mixed race’ and the ‘one drop rule’ can bring out the worst in people and understandably so; we are seen as a problematic group. Whereas we previously were problematic because we were considered a hindrance to ‘white purity’, now we are the elephant in the room called ‘post-racialism’, arguably also a white construct. Black patriots often see us as a challenge too; are we traitors to our ‘race’ or compatriots?

Whether Berry’s daughter Nahla will choose to label herself white, black or biracial, people in a rigidly aligned world will want her to choose. My perception of the world is not rigid, nor aligned, and in my opinion and depending on her surroundings Nahla can identify herself as all three, simply because she is all three.