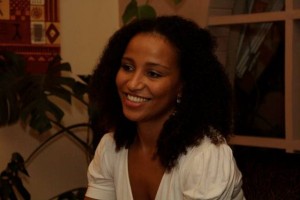 Stimulation of the mind or emotions to a high level of feeling or activity.

Thursday 03/02/11: Experienced lack of stimulation of the mind resulting in a low level of feeling towards activity = leth·ar·gy

I’ve been feeling sluggish this week, and particularly yesterday. I tackled work assignments in the morning, went to an interesting seminar about the sexually laden rituals of iron smelters in precolonial Congo in the afternoon, and in the evening I attended a boring seminar about something I can’t remember now. I went out for a drink, but after one G&T I decided to go home and do what I’d been wanting to do all day – sleep.

Like Aretha said, what a difference a day makes. Today’s been quite the reverse. Last night I started reading (finally) Buchi Emecheta’s book ‘The Joys of Motherhood’ and her writing was just the inspiration I needed. It triggered a realisation that I’ve been feeling a bit restless, like I should be working on something that I’m not because I’ve not yet defined what that something is. Basically I was feeling sluggish because I needed inspiration.

This got me thinking that one way to prevent lethargy is to be reminded of people that inspire us, role models if you like, although I’m not entirely sure about that term. And so I wondered – how do we know whom we can use as resources of inspiration? I concluded that one good way is to think of people we would love to have dinner with, apart from friends and family.

1. Nawal El-Saadawi – The Egyptian novelist, essayist and physician, whose works have have the central theme of women’s oppression and desire for self-expression has written books that have been banned in Egypt and some other Arab countries. It’s no surprise that she might rub people the wrong way: claims such as ‘all women are prostitutes in one way or another’ because patriarchy forces women to sell their bodies at a price, and that the lowest paid body is that of a wife, are not likely to be popular. El-Saadawi writes in her book ‘Woman at Point Zero’:

Well, I’d love to hear more about what she sees as the truth.

2. Waangari Maathai – The first African woman to win the Nobel peace prize would of course make an honourable guest at my dinner. A spokesperson for ecofeminism, she was also the first East African woman to hold a doctorate, but what she refers to as ‘the tragedy of her life’ was the sexism she encountered at university in Kenya which meant she was unable to continue her academic work.

Her ex-husband is to have said that he wanted a divorce because she was “too educated, too strong, too successful, too stubborn and too hard to control”.

3. Ama Ata Aidoo – The Ghanaian novelist was once asked in an interview how she deals with people saying that she learnt to be a feminist abroad-out of Africa and how she learnt to give voice to the silenced African woman. Aidoo replied, “…if the women in my stories are articulate, it is because that is the only type of women I grew up among. And I learnt those ﬁrst feminist lessons in Africa from African women.”

Discussing the misconception that most female African writers that write about women’s issues are not feminist, Aidoo rejects those suggestions in her case, saying: “how much more loudly should I declare my feminism?”

4. Chimamanda Ngozi Adichie – Without this champion of primarily, the written word, but also of feminist and pan-African activism, my African feminist themed dinner party would be missing a key ingredient. In On being an African feminist I mentioned that the Nigerian writer has referred to herself as a feminist who likes to wear lipgloss. I kind of like that because even though it’s absolutely fine to not wear lipgloss, or make up, feminism is at a stage where we should accept that women can be simultaneously girly and feminist. I’m not saying that Adichie is girly, I can’t confirm that until after dinner…

I am a feminist because I am angry. I am angry because despite what most constitutions, laws, policies andscriptures say, women are still treated as second-class beings. The lives of women and girls do not seem to mean as much as the lives of men and boys.

I am a feminist because I have hope. I have hope in the love, brilliance and creativity of my sister feminists, who rise and rise again.

6. Shailja Patel – On her blog, the Kenyan writer and poet quotes another huge inspiration of mine, Arundhati Roy, immediately making her my 6th dinner guest.

‘A feminist is a woman who negotiates herself into a position where she has choices,’ Arundhati Roy says and Patel embraces that as her favourite definition of feminism.

7. Jessica Horn – A poet with ‘roots in Uganda’s Mountains of the Moon and the shadows of New York’s Yankee stadium’, Horn has commited her creative and professional life to exploring women’s experience and advocating for respect of women’s rights. As soon as I read the below quote, I knew that Jessica and I would have a lot to talk about during dinner.

I was raised by a woman that I have come to recognise as a revolutionary mother, who used the act of mothering as a process of education and aﬃrmation for the minds and sensibilities of her children. From this upbringing I learned that the real catalyst for liberation is neither force nor discourse, but the revolutionary power of love.

Would you join our table and would you have anything in particular you would ask these women?