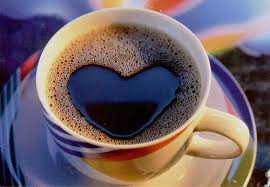 I am in love and I want to document the emotions as they develop so that I forever can read the memories.
I want to take note of my affinity for your presence.
I want to run on the streets naked (like Erykah Badu). Full of wild emotion.
I roll my tongue softly when I say your name – Love.

Last autumn when a long-term relationship came to an end, something unusual happened. I did not become single.

Before I proceed, I should explain that I could be considered the ‘relationship type’. I’ve been in relationships a greater part of my adult life than I have been single. I say ‘could be considered the relationship type’ because I don’t necessarily think people are or aren’t; beginning a relationship with someone often has to do with serendipity, or mischance, depending on how it ends. There is a fluidity to the way we move in and out of liaisons that has more to do with where we are in our lives than what type of person we are.

Either way, I’ve been single in long enough bursts to know what heterosexual female single life is supposed to be about. That single lifestyle that is sold to us via modern culture: the serial dating, the group of single girlfriends to go man hunting with, the viewing likeable men as potential partners rather than potential friends thus trying to tick off unrealistic boxes, the carefree attitude to sex. The lifestyle package that caters to the desperation: to find someone and become whole again.

As my friend Annie Q. Syed delicately said in a write up:

It is indeed one thing to be in love with love and quite another to live love. Life’s a dare and most just want to hug the truth.

I choose to live love. I might be at an auction for the single lifestyle, but I’m bidding everything I own on the love lifestyle.Whether I’m living it on my own or with someone else. I don’t behave different, dress different or have different friends depending on my relationship status, and that makes me feel whole.

Do you notice that there is a difference in how men and women are expected to behave as single? The concept of ‘single men’ and ‘single women’ is different because there isn’t really a concept of ‘single men’? (Try googling both to see what I’m referring to) I reckon this is because men’s lifestyles are not associated with a change in attitude depending on their relationship status, the way women’s wrongly are. What do you think?