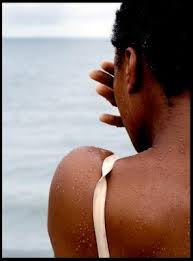 Violence against women is the single biggest threat to peace.

And November 25th (International Day for the Elimination of Violence against Women) marked the beginning of 16 days of activism for ending gender-based violence so I am writing this post to highlight and to express frustration with the (at best) lack of interest from African men when it comes to this topic.

In Nigeria, where I’m from, it is believed that about 50% of women have been beaten by a partner. Maternal death rates are the second highest in the world, genital cutting is widespread, widows are mentally and physically abused, acid bathing affects an increasing number of women across all ages and rape is used as a weapon especially in the conflict ridden Delta region. In Zambia, two political leaders were recently found guilty of beating their wives, they claimed that they did it out of ‘love’. Generally speaking, Africa’s nations rank amongst the lowest on the gender equality index.

With such facts to hand, I find the silence on the topic by African men remarkable. Last week for example, I was at TedXEuston, which was a fantastic event – no doubt about that. However, it struck and disturbs me that out of the fifteen brilliantly delivered discourses on the present status and the future of Africa, not a single one was committed to one of the continent’s most imminent problems, gender based violence.

How far does it have to go before this goes on the agenda?

That said, a growing number of men are starting to say enough is enough, they too want out of a patriarchal structure that blocks the advancement of Africans as a unified group. Groups such as Engaging Men and this and black male feminists such as Kopano Ratele,  Michael Anthony Neal, Kevin Powell, Mphutlane wa Bofelo and Michael Awkward as well as historical icons like W.E.B DuBois and Thomas Sankara feel like a bucket of water on the dry desert which is ‘male activism against gender violence’.

This is not a dig, it’s a plea that we start to at the very least acknowledge how extremely far it has gone.