Beauty is composed of an eternal, invariable element whose quantity is extremely difficult to determine, and a relative element which might be, either by turns or all at once, period, fashion, moral, passion ~ Jean-Luc Godard

When it comes to beauty, all women have to find a way to feel adequate and love themselves amidst beauty ideals that fluctuate between skinny to curvy to blonde to brunette.

African women, and other non-caucasian women, perhaps need to dig even deeper to find that place called self-love, given that the commercial industries that influence our consumer patterns have pumped out ideals of fair skinned beauty for a few centuries now.

Many of us grew up playing (perhaps only) with white dolls and flicking through magazines with (perhaps only) caucasian women.  The impact of such childhood behaviours may not always be apparent, ie we have turned out quite well considering. Still, I do admire women who yet, and despite the aforementioned predicament possess both that eternal and variable element element that Godard speaks of.

When I think of the word beauty, physical appearance alone feels almost like an antonym. Instead, I see beautiful people as those whose external reflects their internal.

And there are many who match this definition, but the below came to mind when I decided to include to the seven’s category, a list of seven beautiful Afropolitan women making an impact in the motherland and the Diaspora. 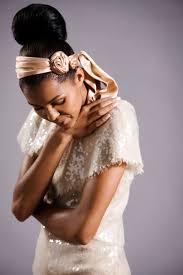 Ayọ is a Nigerian – Romanian singer. She grew up with a mother who was a heroine addict until her father got custody of her when she turned fourteen. I love this video of hers, shot in my hometown Lagos. It reflect both her inner and outer beauty.

Afro jazz singer Wunmi is also a dancer and fashion designer. She was born in the UK, to Nigerian parents. In her recent video collaboration with TRoy from Broadcite, she proves that her beauty is individual, gorgeous and completely representative of her Afropolitan background.

There is something about Cape Verdian women. They are not only attractive, but they also have that proud, earth-mother quality to them. Or maybe it’s just Mayra that makes me imagine so? She was born in Cuba, and has thereafter lived in Senegal, then Angola, followed by Germany, before settling on her parent’s native island of Cape Verde. 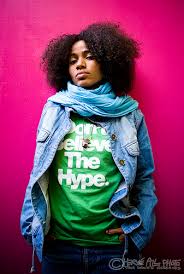 I’ve posted about Nneka’s beauty mesmerizing me before. She is truly beautiful inside and out, and her tomboyish, unintentional style only adds to her allure.

Zimbabwean, with a name that means perseverance, and a kind but driven attitude to match, Shingai is a household name now, isn’t she? She should be! When it comes to Afropolitan style, if such a term can be coined, then Shingai is the godmother of it.

Iyadede makes me go all pop 😉 Her unique style is fun and fearless. I’m excited to hear more about this beautiful woman who escaped the Rwandan genocide by exiling to Belgium. From there she has ventured on her Afropolitan journey and is currently a Brooklyn artist. 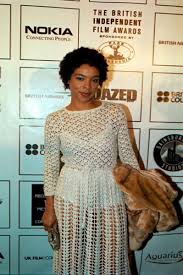 Sophie Okonedo is the daughter of a Polish/Russian mother and a Nigerian father.  Unless my research fails me, she is the first African actress to be nominated for an oscar in the actress category. Either way, her beauty seems to come from an internal source of eternal strength and soft humility at the same time.