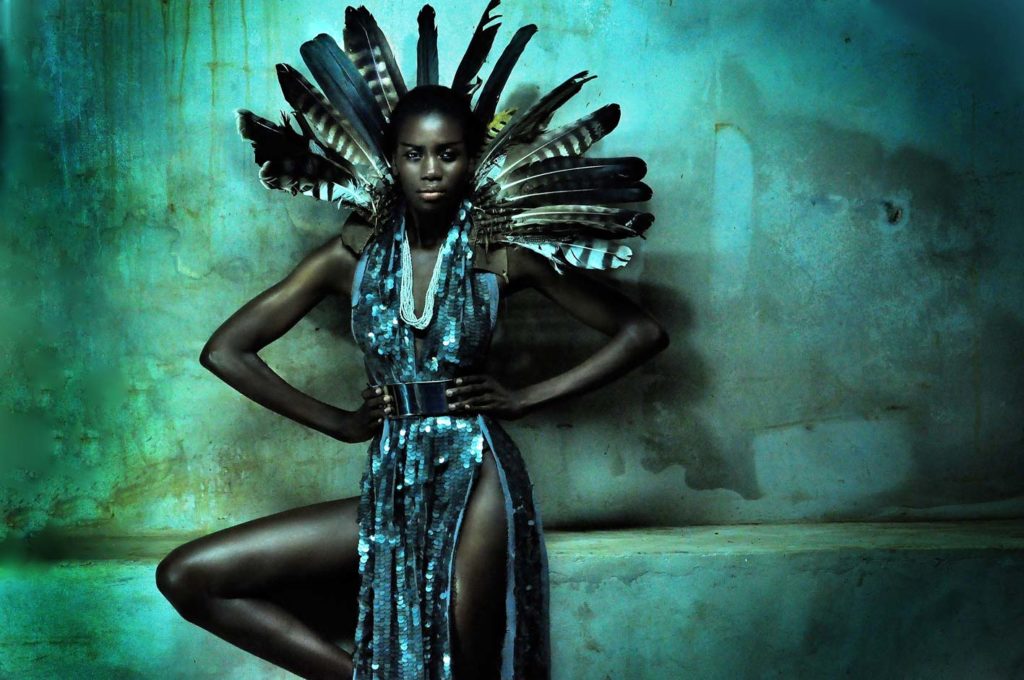 Despite the ‘trend’ for black models, racism in the fashion industry is still fashionable.

Last week I attended the intelligence squared Fashion Maketh Woman debate. For the motion was the stylish team consisting of Madelaine Levy, Britt Lintner and Paula Reed (style director of Grazia in an Oscar de la Renta frock on the evening) and against the motion was Stephen Bayley, Susie Orbach (author of “Fat Is a Feminist Issue”) and Grayson Perry (England’s favourite transvestite and also Turner prize winner). The opposing team proposed that fashion is harmful for the modern day woman, setting ideals that enslave her, rather than free her. The fashionistas debated for fashion being fun, something every woman should enjoy without discerning looks from feminists.

In response to a question from the public – namely what the pro-fashion girls thought about the obsession with fashion in the West transporting to Africa for ex, where women traditionally have proudly worn African attire?, Paula Reed suggested that all was OK, after all there is a widened perception of fashion now, a democratization of beauty.

I didn’t hand in my voting card at the end. As a feminist and fashionista, I felt the discussion lacked the viewpoint that fashion on its own, as an artform, is worth celebrating. However, fashion integrated with beauty and body ideals, unarguably influences our perceptions of beauty, body, age and race.

So despite this ‘democratization’ of beauty, the commercial and haute couture fashion industry still resembles a parade of white, skinny teenagers. The fact is, black models still find it hard to get a job. Check out the short documentary, The Colour of Beauty, directed by Elizabeth St. Philip.